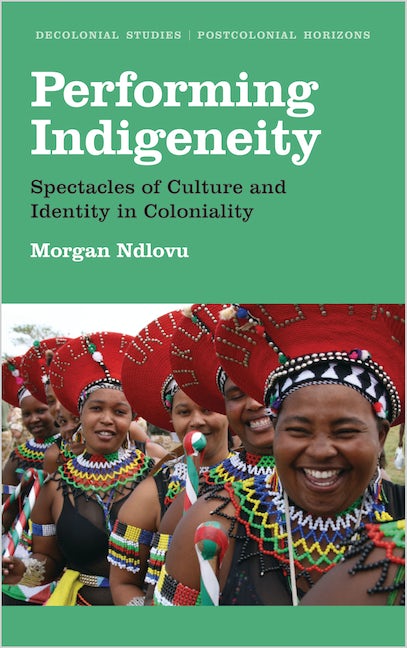 Spectacles of Culture and Identity in Coloniality

A decolonial critique of the agency of the colonised subject.
Colonised subjects can play roles that sustain the power structure of coloniality. In this book, Morgan Ndlovu asks why people help support a system responsible for their own subjugation.

Morgan Ndlovu provides a critique of the agency of the colonised subjects as exercised under coloniality. Eschewing abstract theory, he takes a ‘bottom up’ approach to theorising the agency of indigenous people. Through analysis of the experiences of the performance of indigeneity and the staged representations of commodified culture in South Africa, he recognises the efforts of the colonised subjects and the conditions under which they survive. However, he also cautions against choices and actions that may aggravate their conditions.

Performing Indigeneity provides an insightful evaluation of what could constitute an ‘authentic’ indigenous agency among the colonial subalterns in India, Australia, Canada, Africa and the Americas.

Morgan Ndlovu is Associate Professor of Development Studies at the University of South Africa and a founding member of the Africa Decolonial Research Network. He is the author of Performing Indigeneity: Spectacles of Culture and Identity in Coloniality (Pluto, 2019).

'A magisterial study that draws our attention to the dark side of colonial imaginaries of indigeneity and cultural tourism in the post-colony ... profound and prosaic.'

'In this enriching book, Morgan Ndlovu has joined the exalted list of intellectuals of the Global South such as Valentin Mudimbe and Edward Said that have been called 'whistle blowers against ideologies of Otherness'