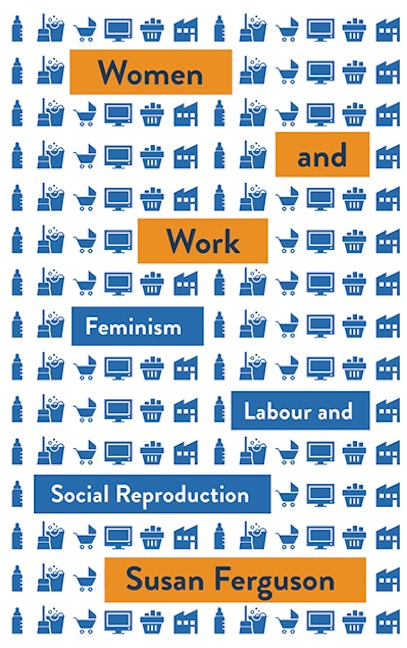 An analysis of the divergent strands of feminism, as the fight for women's emancipation takes centre stage.
Feminism is once again on the political agenda. Across the world women are taking to the streets to protest unfair working conditions, abortion laws, and sexual violence. They are demanding decent wages, better schools and free childcare. But why do some feminists choose to fight for more women CEOs, while others fight for a world without CEOs?

To understand these divergent approaches, Susan Ferguson looks at the ideas that have inspired women to protest, exploring the ways in which feminists have placed work at the centre of their struggle for emancipation. Two distinct trajectories emerge: 'equality feminism' and 'social reproduction feminism'. Ferguson argues that socialists have too often embraced the 'liberal' tendencies of equality feminism, while neglecting the insights of social reproduction feminism.

Engaging with feminist anti-work critiques, Ferguson proposes that women's emancipation depends upon a radical reimagining of all labour and advocates for a renewed social reproduction framework as a powerful basis for an inclusive feminist politics.

'Susan Ferguson’s attention to labour in the history of feminist thought is timely and urgent as is her attention to capital’s intensified harvest from the devalued work of social reproduction. Scholars and students across disciplines will find here valuable insights into the history of feminist theory and social movement' - Rosemary Hennessy, Professor of English and Director of the Center for the Study of Women, Gender, and Sexuality at Rice University 'Susan Ferguson has been a leader in the efforts to develop social reproduction theory. In this book, she takes on the historical context for its development. Her focus on the history of 'labour' in Marxist and feminist thought brilliantly reshapes our understanding of the concept and its role in analysing our past, present, and future' - Lise Vogel, author of 'Marxism and the Oppression of Women'

'A masterful analysis of three centuries of feminist deliberations on work, carefully tracing how the fault lines of social-reproduction theory emerged'

Life-Making, Capitalism and the Pandemic:
Feminist Ideas about Women’s Work

Susan and Tithi reply to your questions about how the pandemic has shone a light on the importance of the Marxist concept of social reproduction theory.

END_OF_DOCUMENT_TOKEN_TO_BE_REPLACED
Back to Top
X