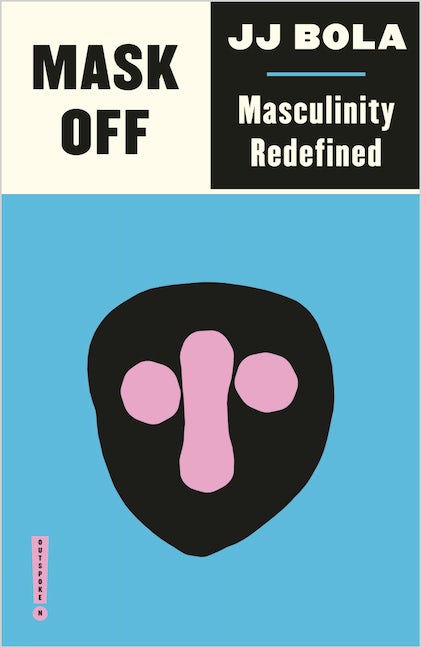 From Blurred Lines to gang signs, how does society cause toxic masculinity?

What is masculinity? Dominating the world around us, from Trump's twitter outbursts to deadly gun violence, from male suicide rates to incels on Reddit and 4chan, masculinity is perceived to be 'toxic', 'fragile' and 'in crisis'.

In Mask Off, JJ Bola exposes masculinity as a performance that men are socially conditioned into. Using examples of non-Western cultural traditions, music and sport, he shines light on historical narratives around manhood, debunking popular myths along the way. He explores how LGBTQ men, men of colour, and male refugees experience masculinity in diverse ways, revealing its fluidity, how it's strengthened and weakened by different political contexts, such as the patriarchy or the far-right, and perceived differently by those around them.

At the heart of love and sex, the political stage, competitive sports, gang culture, and mental health issues, lies masculinity: Mask Off is an urgent call to unravel masculinity and redefine it.

JJ Bola is a writer, poet and educator. He is the author of the novel No Place to Call Home (2017), as well as three poetry collections. He is one of the winners of the 2017 Spread the Word Flight 1000 Associates Prize.

'An antidote to Jordan Peterson' - The Guardian

'Whatever your gender, this book will help everyone understand modern men' - Sarah Brett, BBC Radio 5 Live

'Holds men accountable for the ways in which we have benefited from male privilege, but also liberates us from its violently toxic demands' - David Lammy, Labour MP for Tottenham

'Male privilege, male violence, love, sex and mental health - there is nowhere JJ Bola refuses to go... This book is good for all of us' - Benjamin Zephaniah

'Incisive, engaging, powerfully vulnerable, JJ Bola has given us an urgent and compelling examination of one of society's most pressing subjects' - Musa Okwonga

'This is a book that should be in the library of every secondary school in the country. It offers a toolbox of explanations and arguments for any young person beginning to encounter, question and challenge the standard, thoughtless patriarchal truisms and norms they meet on a daily basis' - Huw Lemmey, Red Pepper

Introduction: Mask Off: Being a Man
1. Real Men: Myths of Masculinity
2. Gang Signs and Prayer: Male Violence, Aggression and Mental Health
3. What's Love Got to Do with It?: Love, Sex and Consent
4. This Is a Man's World: The Politics of Masculinity, The Masculinity of Politics
5. If I Were a Boy: Gender Equality and Feminism
6. See You at the Crossroads: Intersections of Masculinity
7. It Goes Down in the DM's: Masculinity in the Age of Social Media
8. Slamdunk the Funk: Masculinity and Sport
Conclusion: Man in the Mirror: Transgression and Transformation
Resources