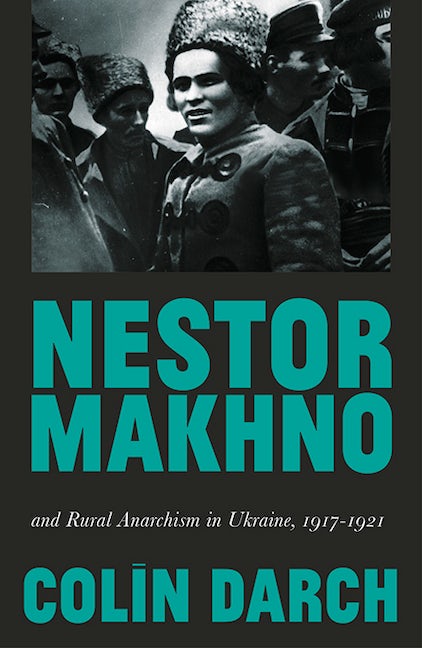 Reveals a little-known history of 1917: the Ukrainian anarcho-communist Makhnovists

Histories of the Russian Revolution often present the Bolshevik seizure of power in 1917 as the central event, neglecting the diverse struggles of urban and rural revolutionaries across the heartlands of the Russian Empire. This book takes as its subject one such struggle, the anarcho-communist peasant revolt led by Nestor Makhno in left-bank Ukraine, locating it in the context of the final collapse of the Empire that began in 1914.

Between 1917 and 1921, the Makhnovists fought German and Austrian invaders, reactionary monarchist forces, Ukrainian nationalists and sometimes the Bolsheviks themselves. Drawing upon anarchist ideology, the Makhnovists gathered widespread support amongst the Ukrainian peasantry, taking up arms when under attack and playing a significant role - in temporary alliance with the Red Army - in the defeats of the White Generals Denikin and Wrangel. The Makhnovist movement is often dismissed as a kulak revolt, or a manifestation of Ukrainian nationalism; here Colin Darch analyses its successes and its failures, emphasising its revolutionary character.

Over 100 years after the revolutions, this book reveals a lesser known side of 1917, contributing both to histories of the period and broadening the narrative of 1917, whilst enriching the lineage of anarchist history.

Colin Darch is a fellow of the Human Sciences Research Council of South Africa. He is the co-author of Freedom of Information in the Developing World (Oxford: Chandos, 2010).

'A timely and welcome contribution. Detailed and balanced, Darch's narrative succumbs to neither a romanticisation nor demonisation of Makhno. Readers will encounter a multifaceted Makhno attempting to navigate his movement through the furies of revolution and civil war'

'Before Rojava, before Spain, there was Ukraine. Darch's brilliant study recovers the intertwined stories of the anarchist Nestor Makhno, factory worker and son of freed serfs, and the revolution that swept Ukraine. This highly recommended study of an epic time shows another revolution was possible’