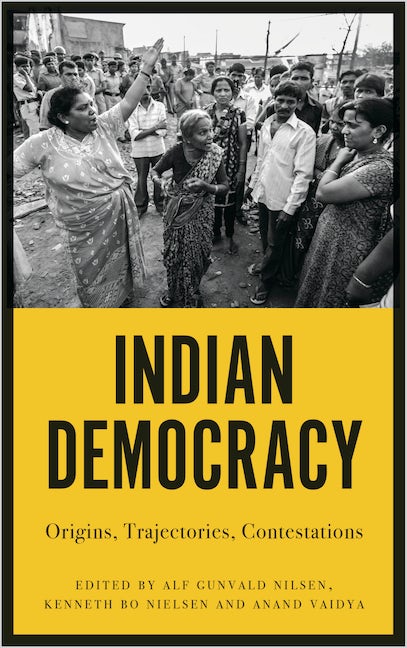 Kenneth Bo Nielsen is Associate Professor in the Department of Culture Studies and Oriental Languages at the University of Oslo. He is the author of Land Dispossession and Everyday Politics in Rural Eastern​ India.

'Indian democracy is a veritable riddle with its constitution promising the moon to people but its state denying them even the basic right to voice their miseries. This book will certainly provoke readers who still see nothing wrong with the system' - Anand Teltumbde, author of 'Republic of Caste' 'If we want to know what's wrong with our present, we must know what's wrong with our past. This book offers insight into both. A three-dimensional view of India' - Shehla Rashid, Activist 'How do we understand the threats now facing Indian democracy? This valuable book provides nuanced insights into processes that explain its current travails: the Constitution's missing revolution; identity, discrimination and marginalisation; pressures on and within the media; structured and unstructured violence - and much more' - Jayati Ghosh, Jawaharlal Nehru University 'A sharp understanding of the complexities of contemporary Indian democracy. With their ears to the ground, the contributors have created an incisive volume on the subject' - Ram Puniyani, author of 'Deconstructing Terrorist Violence' 'Takes readers on a journey through the complex systems shaping socio-political life India. Each essay offers new ways of understanding how issues like neoliberalism, casteism, jingoism and Hindutva take shape in our nation's everyday reality. This is a great primer for anyone looking to critically engage with our idea of democracy with all its politics, pitfalls and peril' - Jignesh Mevani, Activist 'Like the stars at dawn, the institutions of democracy in India have lost their brightness one by one in recent years. Liberty, equality and solidarity are fading further away with this ominous metamorphosis. This engaging collection of essays is a major contribution to our understanding of the crisis of Indian democracy' - Jean Dreze, co-author of 'An Uncertain Glory: India and its Contradictions'