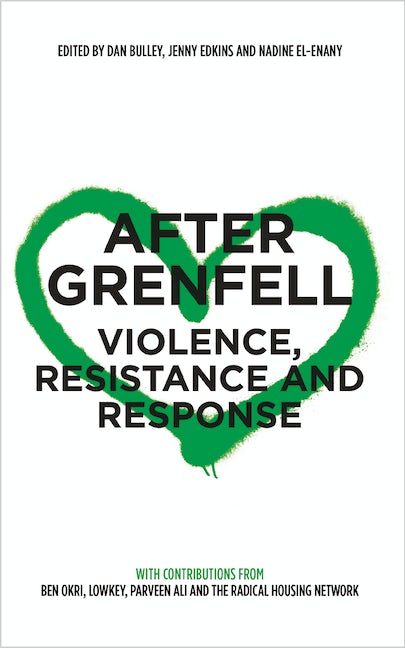 On 14th June 2017, 72 people lost their lives in the Grenfell Tower fire. In the days after, Oren Ziv of the Activestills collective created this photo diary revealing the resilience, anger and grieving in the community and stark injustices...

Grenfell
One Year On

A year has passed since the Grenfell tower fire. In this blog, activists, writers and firefighters come together to remember Grenfell, an act of public murder.

After Grenfell
Remembering the Fire Two Years On

On the 14th June 2017, a fire engulfed the Grenfell Tower. On the 2nd anniversary, Phil Scraton remembers the disaster.

PODCAST: ‘Radicals in Conversation’
After Grenfell

Two years on from the devastating Grenfell fire, we talk to Gracie Mae Bradley, Monique Charles, Nadine El-Enany and Daniel Renwick about its legacy of structural violence and community resistance.

END_OF_DOCUMENT_TOKEN_TO_BE_REPLACED
Back to Top
X