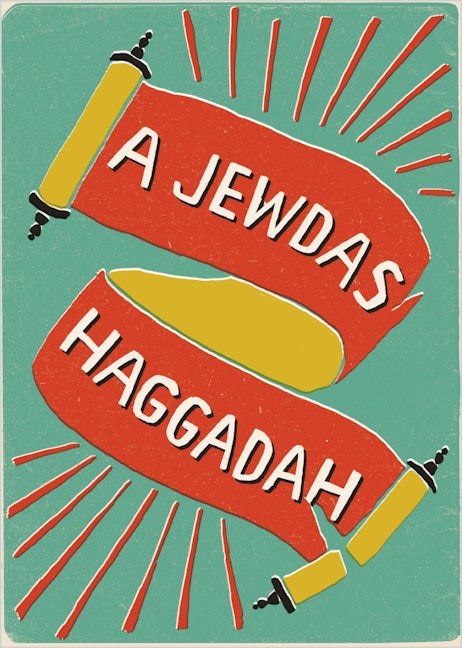 A satirical, political and downright hilarious take on a Jewish tradition.

This authorised yet heretical Haggadah from the infamous Jewdas collective propagates a multitude of dangerous ideas such as anarcho-socialism, the dismantling of nation-states and free pickles for all. Moreover it promotes Rabbi Geoffrey Cohen's ideology of diasporism: that the promised land is not an overpriced piece of real estate in the Middle East but wherever people gather to ferment noisy and joyful revolution.

Fully ready for use at your next Passover seder, this Haggadah also contains an authorised guide to Jewish practice in the late capitalist era, riotous songs, diasporic recipes, and assorted tips for surviving establishment Judaism.

Kosher for Jews and infidels alike, the Haggadah has been authorised and approved by Jeremy, Rabbi Krustofsky, Emma Goldman, Buddha, Hashem, John the Baptist and the guy from the apprentice who didn’t know what a kosher chicken was.

Jewdas is a radical Jewish collective based in London which celebrates free-thinking, socialist and diasporist Judaism. From protests to parties, tweets to tisches, Jewdas' activities are infused with satirical humour, joyfulness and socialist politics.

'They raised a beetroot in the air and shouted f*** capitalism!' - Daily Mail, on the 2018 Jewdas seder

'Their new haggadah is irreverent [and] inspiring ... I can easily say that this is the best haggadah I&rsquo;ve ever read' - Tikkun

'Fills the gap where other radical haggadot have fallen short with real comedy and merriment. It takes on the impending doom of climate change and hyper-capitalism by shaking an anti-capitalist beetroot at it' - +972

'While for those unfamiliar with the specificities of Jewish culture <em>A Jewdas Haggadah</em> provides a much-needed introduction, with occasional hilarious results' - Philosophy Football