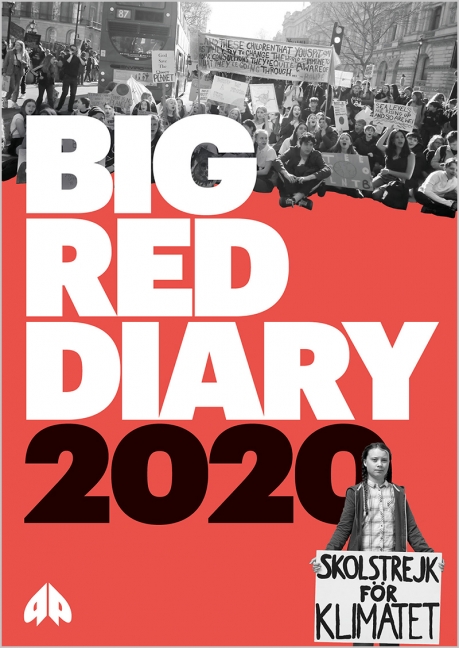 For years, Pluto Press produced annual diaries, collaborating with activists and campaigns including the Campaign for Nuclear Disarmament, the anti-Apartheid Movement and the Nicaragua Solidarity Campaign. This new diary draws upon the same tradition, interspersing photos and illustrations, as well as dates and information gathered from socialist, anti-racist, green, feminist and labour histories, alongside a handy weekly planner.

Published to coincide with Pluto's 50th birthday, the Big Red Diary returns alongside reissues of some of Pluto's classic books.

Founded in 1969, Pluto Press is an independent radical publisher based in London, UK.

Pluto has never been short of imaginative, some say trendy, ideas for promoting socialism. Its Big Red Diaries...have filled every radical's back pocket since 1974. - Guardian (July, 1981)
Published by Pluto Press in Jul 2019
Paperback ISBN: 9780745340012

END_OF_DOCUMENT_TOKEN_TO_BE_REPLACED
Back to Top
X