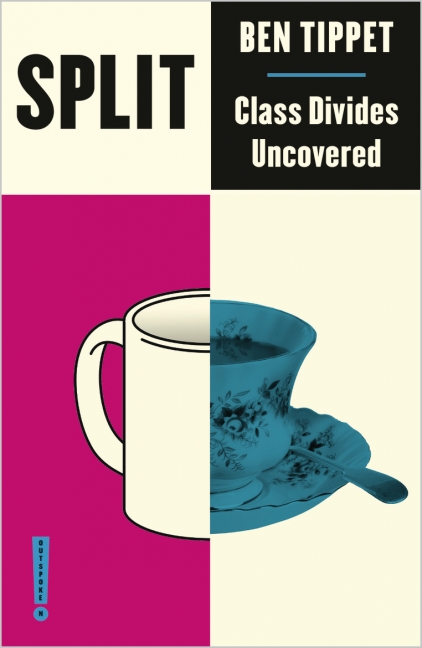 From 'scroungers' to 'strivers' we need a new class story.

How can we make sense of a world where we have both too many billionaires and too many foodbanks? We're supposed to go to university, forge a career, get wealthier, buy a house - but why is that so hard for most of us to achieve?

Split makes sense of our world by looking at class society - delving into the deep-rooted economic inequalities that shape our lives. From the gig economy, rising debt and the housing crisis that affects the majority of people, to the world of tax havens and unfair inheritance that affect the few…

Now is the time to fight back against the 1%.

Ben Tippet is an educator, activist, and writer. He is currently doing a PhD at the University of Greenwich, researching the causes of wealth inequality in the UK. He is a researcher for The Transnational Institute and has written for Novara, Stike! and Economy.

'More than a decade after the financial crisis, Split is a timely reminder of the most important divide that runs through the global economy, and how working people can organise to take back control of their lives. Clearly-argued, incisive and accessible, this book should be required reading for activists everywhere'

- Grace Blakeley, author of 'Stolen: How to Save the World from Financialisation'

Acknowledgements
Introduction: Class is a lucrative British export
1. The split: Capital and labour
2. Work: Less is more
3. Gender: Please mind the gap
4. Money: Who wants to be a billionaire?
5. Culture: From class conundrums to class ceilings
6. Environment: ‘A handful of dust’
7. Housing: ‘Can’t pay – We’ll take it away’
8. The authorities: Schools, prisons and the welfare state
9. Race: ‘I never thought of class applying to black people’
10. Solidarity: Confronting class
Resources

END_OF_DOCUMENT_TOKEN_TO_BE_REPLACED

VIDEO: What is Class?

END_OF_DOCUMENT_TOKEN_TO_BE_REPLACED
Back to Top
X