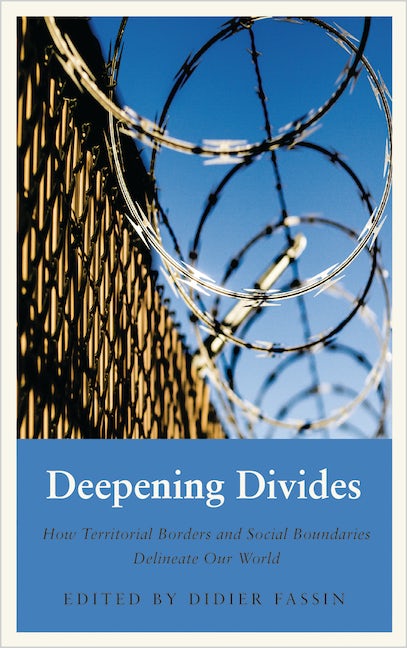 How Physical Borders and Social Boundaries Delineate our World

A non-Eurocentric, interdisciplinary collection arguing that boundaries and borders are best understood as overlapping categories.
At a glance, 'borders' and 'boundaries' may seem synonymous. But in the real (geopolitical) world, they coexist as distinct, albeit overlapping entities: the former a state's delimitation of territory; the latter the social delineation of differences.

The refugee crisis in Europe showed how racial and ethnic boundaries are often instrumentalised to justify the strengthening of state borders - regardless of the cost in human life. But there are other, less tragic, examples that illustrate this overlapping as well, and ultimately demonstrate that the oft-differentiated spheres of borders and boundaries are best understood through their relationship to one another.