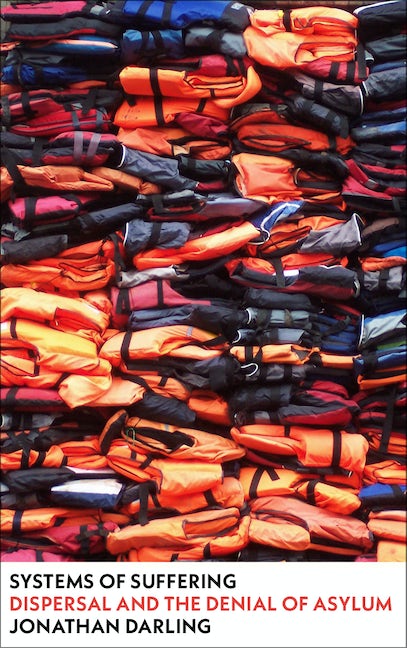 Dispersal and the Denial of Asylum

A rigorous examination of 'dispersal', which forms the basis of the government's asylum policy

Of the many state-enacted cruelties to which refugees and asylum seekers are subjected, detention and deportation loom largest in popular consciousness. But there is a third practice, perpetrating a slower violence, that remains hidden: dispersal.

Jonathan Darling provides the first detailed account of how dispersal - the system of accommodation and support for asylum seekers and refugees in Britain - both sustains and produces patterns of violence, suffering and social abjection. He explores the evolution of dispersal as a privatised process, from the first outsourced asylum accommodation contracts in 2012 to the renewed wave of outsourcing pursued by the Home Office today.

Drawing on six years of research into Britain's dispersal system, and foregrounding the voices and experiences of refugees and asylum seekers, Darling argues that dispersal has played a central role in the erasure of asylum from public concern. Systems of Suffering is a vital tool in the arsenal of those fighting to hold the government to account for the violence of its asylum policy and practice.

Jonathan Darling is Associate Professor in Human Geography at Durham University. He is the co-editor of Sanctuary Cities and Urban Struggles: Rescaling Migration, Citizenship, and Rights and Encountering the City: Urban Encounters from Accra to New York.

'Elegant and disturbing [...] a brilliant analysis of the cruel biopolitics of care in contemporary Britain'

'Indispensable reading for anyone interested in the contemporary policies, practices, spaces, and politics of asylum'

- Suzan Ilcan, Professor of Sociology at the University of Waterloo, Ontario

'A tour-de-force. The evidence for the violence of the country's system of dispersal of asylum-seekers is shocking. Bursting with ideas, this book contains the seeds of an urgently-needed political, social and cultural transformation'

- Ben Rogaly, Professor of Human Geography at the University of Sussex

'Rigorously diagnoses a long-term malaise in the UK system of 'asylum accommodation'. An inexorably unaccountable system hidden in plain sight, in poverty blighted communities. A system that separates people from mainstream life, frequently with loss of hope and health. A system that reduces people to unit costs in often profitable company accounts. A system that does not need to be like this. This book shows us how to change it'

- Daniel Trilling, journalist and author of 'Lights In The Distance: Exile and Refuge at the Borders of Europe'

'A much-needed book about the workings and effects of dispersal. Darling brilliantly unveils how exhaustion operates as a governing strategy; how the sufferings of dispersal are created by or endured through withdrawal, fragmentation, weariness, but also defiance and care'

'Essential and compelling [...] illuminates the humanity of people navigating their violent dispersal through systems designed to treat them inhumanely'

- Alison Mountz, author of 'The Death of Asylum'