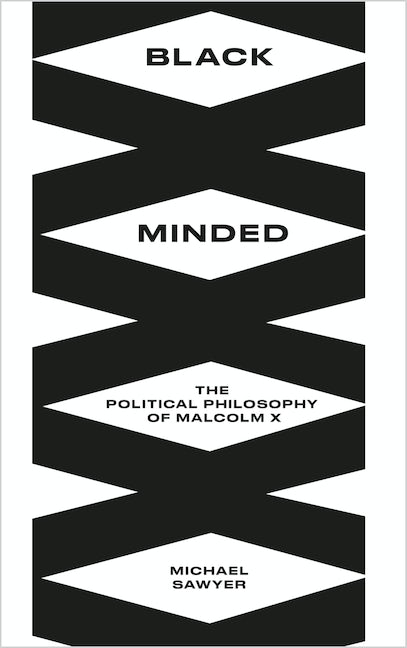 The Political Philosophy of Malcolm X

The first book on the political philosophy of this radical hero

Known as 'the angriest black man in America', Malcolm X was one of the most famous activists to ever live. Going beyond biography, Black Minded examines Malcolm X's philosophical system, restoring his thinking to the pantheon of Black Radical Thought.

Michael Sawyer argues that the foundational concepts of Malcolm X's political philosophy - economic and social justice, strident opposition to white supremacy and Black internationalism - are often obscured by an emphasis on biography. The text demonstrates the way in which Malcolm X's philosophy lies at the intersection of the thought of W.E.B. Du Bois and Frantz Fanon and is an integral part of the revolutionary politics formed to alleviate the plight of people of African descent globally.

Michael E. Sawyer is Associate Professor of African American Literature & Culture at the University of Pittsburgh, and the author of Black Minded: The Political Philosophy of Malcolm X and An Africana Philosophy of Temporality.

'Incisive, provocative, and essential, Black Minded makes a compelling case for Malcolm X's original contribution to a radical humanism that stands outside European traditions, against the dehumanization of the Black body, and for genuine global revolution'

'Brilliantly contends that meaningful Black activism is grounded in an underlying philosophy. Movements are driven by thought as well as action. Essential reading during the current Black activist renaissance'

- Melina Abdullah, professor of Pan-African Studies at California State University and co-founder of Black Lives Matter - Los Angeles
'Intellectually priceless... Sawyer's book on Malcolm is comparable to Fanon's Wretched of the Earth and The Souls of Black Folk by Du Bois. Black Minded presents us with a maturing Malcolm who is thinking in motion, and who has strong resonance for Black People today as we continue to struggle with defining who we are and how we shall fight'
- Flores Forbes author of 'Invisible Men: A Contemporary Slave Narrative in the Era of Mass Incarceration'
'Black Minded makes a compelling case for Malcolm X as a political philosopher of the first rank. Michael Sawyer helps us hear the depth, strength, and continuing relevance of Malcolm's call for a world-wide Black revolution'
- Jonathan Scott Lee, co-editor of 'I Am Because We Are: Readings in Africana Philosophy'

'Epochal and paradigm-shifting are the only words that accurately describe the force of Michael Sawyer's Black Minded. Sawyer offers the world its first systematic reading of Malcolm X as a philosophically evolving political theorist. He introduces X as a Black man thinking through his body, or as Dr. Huey P. Newton would say through a mind that is flesh, to not only feel the dawn of revolution but touch the horizon where it shall end'

- Tommy J. Curry, author of 'The Man-Not: Race, Class, Genre, and the Dilemmas of Black Manhood'

'In its careful analysis of his radical and exemplary practice in word and deed, Black Minded doesn't give Malcolm X his rightful place in the canon of political philosophy so much as raise political philosophy to a height it never dared to reach by requiring and allowing it to ground with our brother. Michael Sawyer has written a powerful and necessary book'

- Fred Moten, author of 'In the Break: The Aesthetics of the Black Radical Tradition'

Malcolm X was known as the angriest man in America, as if it was not the only way for him to be.

The Black Death of Malcolm X

On the anniversary of the assassination of Malcolm X, Michael E. Sawyer reflects on the continuing presence and cycle of ‘The Black Death’, which disrupts Black life to the point where there is no time or space for living.

END_OF_DOCUMENT_TOKEN_TO_BE_REPLACED
Back to Top
X