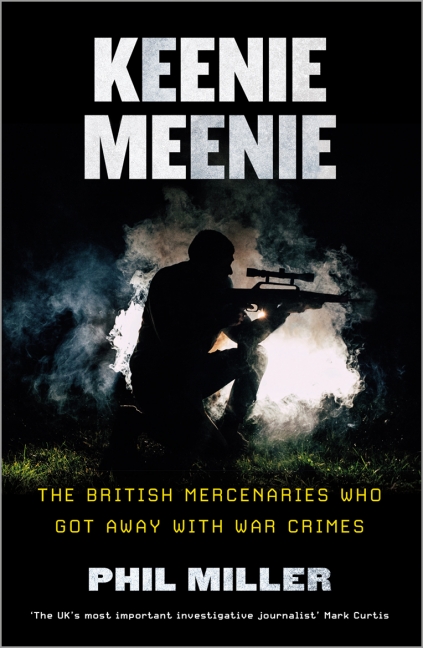 An explosive account of a secret group of mercenaries based on newly declassified documents.

Keenie Meenie Services - the most powerful mercenary company you've never heard of - was involved in war crimes around the world from Sri Lanka to Nicaragua for which its shadowy directors have never been held accountable.

Like its mysterious name, Keenie Meenie Services escaped definition and to this day has evaded sanctions. Now explosive new evidence - only recently declassified - exposes the extent of these war crimes, and the British government's tacit support for the company's operations. Including testimonies from SAS veterans, spy chiefs and diplomats, we hear from key figures battle-hardened by the Troubles in Northern Ireland and the Iranian Embassy siege. Investigative journalist Phil Miller asks, who were these mercenaries: heroes, terrorists, freedom fighters or war criminals?

Phil Miller is an investigative journalist and producer. His reporting on British special forces has triggered two government probes. He has worked for Corporate Watch and Reprieve, and writes freelance pieces for many publications including Private Eye, Vice, Guardian and New Internationalist.

'The pace and narrative are Le Carre-esque, but made even more compelling by the fact that the events are true' - Joe Glenton, ForcesWatch

'Miller pilots you into a twilight world, where the pioneers of a rapacious industry blaze a trail of death and destruction across the continents, with a nod and a wink from Whitehall. This is the riveting story of HMG’s dirty secret service: an investigative tour de force' - Jonathan Miller, Foreign Affairs Correspondent, Channel 4 News

VIDEO: Keenie Meenie: The British Mercenaries Who Got Away with War Crimes

A short video trailer for ‘Keenie Meenie’, by Phil Miller – an explosive account of a secret group of mercenaries based on newly declassified documents.

END_OF_DOCUMENT_TOKEN_TO_BE_REPLACED
Back to Top
X