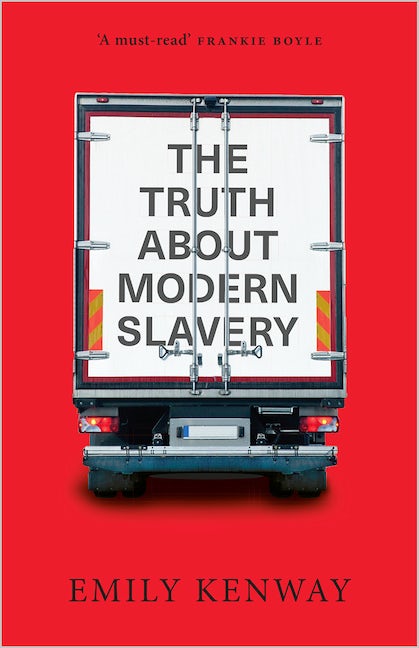 ***With every pre-order of this book, Pluto will donate £1 to the Joint Council for the Welfare of Immigrants***

In 2019, over 10,000 possible victims of slavery were found in the UK. From men working in Sports Direct warehouses for barely any pay, to teenaged Vietnamese girls trafficked into small town nail bars, we're told that modern slavery is all around us, operating in plain sight.

But is this really slavery, and is it even a new phenomenon? Why has the British Conservative Party called it 'one of the great human rights issues of our time', when they usually ignore the exploitation of those at the bottom of the economic pile? The Truth About Modern Slavery reveals how modern slavery has been created as a political tool by those in power. It shows how anti-slavery action acts as a moral cloak, hiding the harms of the 'hostile environment' towards migrants, legitimising big brands' exploitation of the poorest workers and oppressing sex workers.

Blaming the media's complicity, rich philanthropists' opportunism and our collective failure to realise the lies we're being told, The Truth About Modern Slavery provides a vital challenge to conventional narratives on modern slavery.

Emily Kenway is a writer and activist. As a former advisor to the UK's first Anti-Slavery Commissioner she was at the heart of modern slavery action. She has written for a variety of publications including the Guardian and TLS.

'A horrifying expose of how modern slavery is being used by elites against those most in need in our society - a must-read' - Frankie Boyle, comedian

'A brave, well-argued and thought-provoking intervention in a complex debate' - Daniel Trilling, journalist and author of 'Lights In The Distance: Exile and Refuge at the Borders of Europe' (Picador, 2019)

'Electrifyingly good, thoughtful and deeply concerned with people at the sharp end of anti-trafficking and anti-migrant policies. Kenway's book is a must-read for the entire left' - Molly Smith, co-author, with Juno Mac, of 'Revolting Prostitutes The Fight for Sex Workers' Rights' (Verso, 2020)

'A thought-provoking and essential read - especially if you believe great progress in tackling 'modern slavery' is imminent. Kenway forces us to reconsider how we even think and talk about exploitation' - Stuart McDonald, Scottish National Party MP for Cumbernauld, Kilsyth and Kirkintilloch East