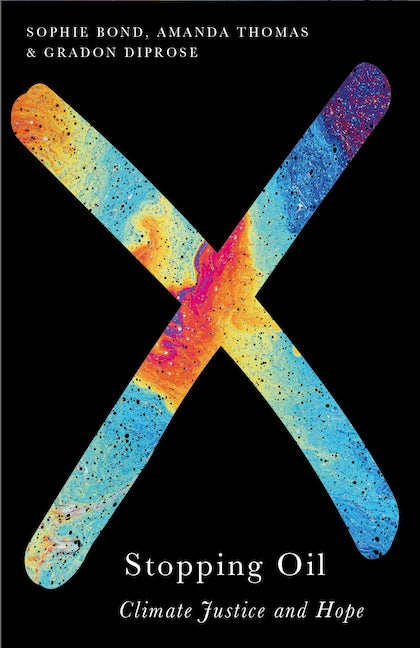 Stopping Oil dives into the story of how deep-sea oil exploration became politicised in Aotearoa New Zealand, how community groups mobilised against it and the backlash that followed. It is also a story of activists exercising an ethic of care and responsibility, and how that solidarity was masked and silenced by the neoliberal state.

As Aotearoa New Zealand began to pursue deep-sea oil as part of its development agenda, a powerful climate justice campaign emerged, comprising of a range of autonomous 'Oil Free' groups around the country, NGOs like Greenpeace, and iwi and hapū (Māori tribal groups). As their influence increased, the state employed different tactics to silence them, starting with media representations designed to delegitimise, followed by securitisation and surveillance that controlled their activities, and finally targeted state-sanctioned violence and dehumanisation.

By highlighting geographies of hope for radical progressive change, the authors focus on the many examples of the campaign where solidarity and political responsibility shone through the repression, leading us towards a brighter future for climate justice across the globe.

Sophie Bond is a geographer who teaches and researches in environmental politics and geographies of justice. Her research involves collaborating with local authorities and grassroots groups on climate justice, climate change adaptation and community engagement. Through teaching, she seeks to inspire students to work towards creating a sustainable and hopeful future.

Dr Gradon Diprose is a geographer working as an environmental social science researcher at Manaaki Whenua – Landcare Research. His research explores human nature relationships, climate resilient urban infrastructure, and how communities come together around shared concerns to sustain their livelihoods and wellbeing.

'This clearly written political geography documents an important period of climate activism in Aotearoa New Zealand, with wider relevance for democratic activism abroad. It connects direct action environmental activism with a feminist ethics and politics of care, with theoretical relevance for students, researchers and activists far beyond these shores'

‘follows the entanglement of racial capitalism, colonialism and western modernity that situates resource extraction in Aotearoa New Zealand.  And, crucially, drawing on the authors’ own experiences of direct action and resistance, it also outlines a hopeful ethics of care through which meaningful changes can be achieved.’