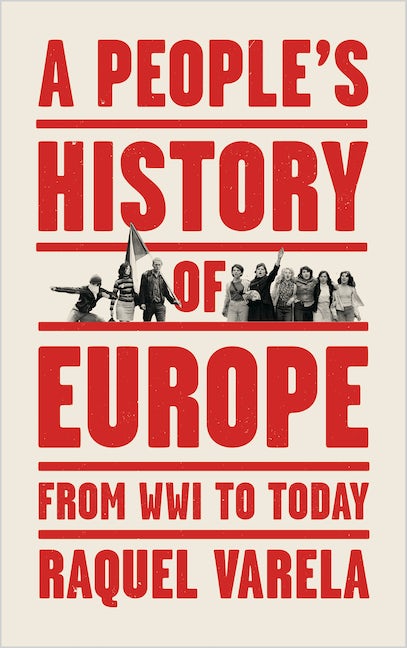 A People's History of Europe

From World War I to Today

This concise people's history of Europe tells the story of the last hundred years of a very old continent and the ordinary people that shaped the events that defined it from World War I to today.

From the Russian Revolution, through May '68 and the Prague Spring, to the present day, we hear from workers, trade unionists, conscientious objectors and activists and learn of revolutions, labour movements, immigration struggles and anti-colonial conflicts. Cutting against the grain of mainstream histories, this is a history of Europe told from below.
Containing new and fascinating insights, Raquel Varela paints a different picture of the European story; one where ordinary Europeans are active agents of their own history.

'Raquel Varela succeeds in explaining the disasters of European neoliberalism, without ever romanticising the social pact that went before it. In a work with a rich sense of historical possibility, she shows how every inch of social progress had to be fought for and how little it ever had to do with the European institutions'

Foreword by Kevin Murphy
Preface
1. The War of Wars, the Revolution of Revolutions, 1917
2. ‘Man, Controller of the Universe’: The Crisis of 1929, the Revolutions of the 1930s and Nazism
3. Midnight in the Century: The Second World War
4. The 1945 European Social Pact
5. Anti-Colonial Revolutions
6. Crisis and Revolution: From May 68 to the Carnation Revolution
7. The End of the Social Pact (1981–2018)
Conclusion
Notes
Index