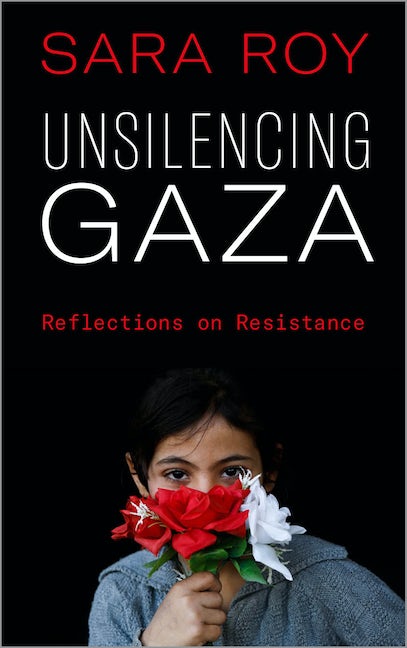 'Roy is humanely and professionally committed in ways that are unmatched by any other non-Palestinian scholar' - Edward W. Said

Gaza, the centre of Palestinian nationalism and resistance to the occupation, is the linchpin of the Israeli-Palestinian conflict and the key to its resolution. Since 2005, Israel has deepened the isolation of the territory, severing it almost completely from its most vital connections to the West Bank, Israel and beyond, and has deliberately shattered its economy, transforming Palestinians from a people with political rights into a humanitarian problem.

Sara Roy unpacks this process, looking at US foreign policy towards the Palestinians, as well as analysing the trajectory of Israeli policy toward Gaza, which became a series of punitive approaches meant not only to contain the Hamas regime but weaken Gazan society.

Roy also reflects on Gaza's ruination from a Jewish perspective and discusses the connections between Gaza's history and her own as a child of Holocaust survivors. This book, a follow up from the renowned Failing Peace, comes from one of the world's most acclaimed writers on the region.

Sara Roy is a Senior Research Scholar at the Center for Middle Eastern Studies at Harvard University. A distinguished political economist, she has written extensively on the Palestinian economy and has documented its decline over the last three decades. She is the author of Failing Peace: Gaza and the Palestinian-Israeli Conflict (Pluto, 2006).

'A compelling study that continues the author's investigation of the dehumanising and destabilising effects of the Israeli occupation on Palestinian politics and society. Essential reading for those intent on understanding both the causes and the consequences of this conflict'

- Irene Gendzier, Professor Emeritus in the Department of Political Science at Boston University and author of 'Development Against Democracy' (Pluto, 2017)

'For several decades, Sara Roy has been bringing her unique moral authority to bear on the searing injustice that continues to be Palestine. This indispensable collection confronts us all with the inhuman conditions of life for the people of Gaza, tempered by the courage with which Roy explores it, her insistence on the unbreakable link between Jewishness and justice, and her ultimate faith in the resilience of the Palestinian people'

- Jacqueline Rose, Professor of Humanities at the Birkbeck Institute for the Humanities

‘Offers a unique and insightful perspective’

List of Abbreviations
Acknowledgments
Introduction: “I can’t eat my lights”
PART I - SETTING THE STAGE FOR CONFLICT IN GAZA: US POLICY FAILURES REDUX
1. Yes, You Can Work With Hamas: The US Approach to the Palestinian Territories is Inviting Disaster (July 17, 2007)
2. US Foreign Policy and the Israeli–Palestinian Conflict: A View From Palestine (September 2011)
PART II - THE MARGINALIZED CENTER: THE WARS ON GAZA AND THEIR AFTERMATH
3. If Gaza Falls … (January 1, 2009)
4. Endgame in the Gaza War? (January 4, 2009)
5. Degrees of Loss (October 8, 2010)
6. Gaza After the Revolution (March 16, 2011)
7. It’s Worth Putting Hamas to the Test (January 6, 2012)
8. Before Gaza, After Gaza: Examining the New Reality in Israel/Palestine (2013)
PART III - TOWARD PRECARITY: EXCEPTIONALIZING GAZA
9. Statement on Gaza before the United Nations Security Council (July 20, 2015)
10. Humanitarianism in Gaza: What Not to Do (Summer 2015)
11. The Gaza Strip’s Last Safety Net is in Danger (August 6, 2015)
PART - IV UNDOING ATTACHMENT: CREATING SPACES OF EXCESS
12. Yes, They Are Refugees (March 22, 2018)
13. Floating in an Inch of Water: A Letter from Gaza (2018)
14. “I wish they would just disappear” (December 2018)
PART V - A JEW IN GAZA: REFLECTIONS
15. A Jewish Plea (April 7, 2007)
16. A Response to Elie Wiesel (September 9, 2014)
17. Hunger (June 9, 2017)
18. Book Review, Palestinians in Syria: Nakba Memories of Shattered Communities (September 2018)
19. On Equating BDS with Anti-Semitism: A Letter to the Members of the German Government (June 4, 2019)
20. Tears of Salt: A Brief Reflection on Israel, Palestine and the Coronavirus (published here for the first time)
PART VI - THE PASSING OF A GENERATION: COMMEMORATING COURAGEOUS PALESTINIAN VOICES
21. A Tribute to Eyad el-Sarraj (Spring 2014)
22. Remembering Naseer Aruri (2015)
PART VII - THE PAST AS FUTURE: LESSONS FORGOTTEN
23. Gaza: Out of Sight (Autumn 1987; published here in English for the first time)
24. When a Loaf of Bread Was Not Enough: Unsilencing the Past in Gaza (published here for the first time)
PART VIII - BETWEEN PRESENCE AND ABSENCE: PALESTINE AND THE ANTILOGIC OF DISPOSABILITY— CONCLUDING REFLECTIONS
25. An Unacceptable Absence: Countering Gaza’s Exceptionalism (published here for the first time)
Epilogue: On the Falseness of Distinctions—“We are no different than you” (2014)
Notes
Index