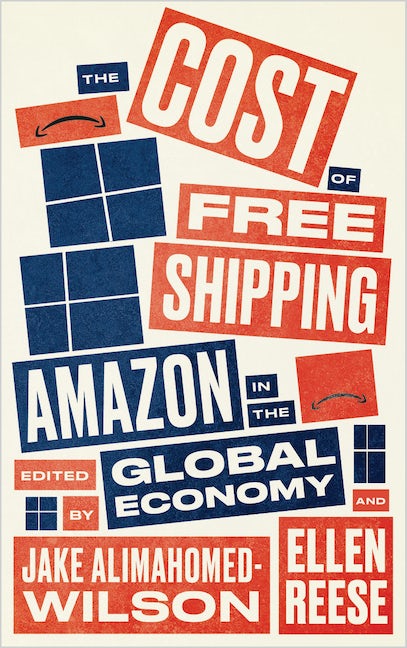 Jake Alimahomed-Wilson is Professor of Sociology at California State University, Long Beach. His research interests are in the areas of logistics, racism and labour, and workers' struggles. He is the author of Solidarity Forever? Race, Gender, and Unionism in the Ports of Southern California (Lexington Books, 2016), co-author of Getting the Goods: Ports, Labor, and the Logistics Revolution (Cornell University Press, 2008) and the editor of Choke Points (Pluto, 2018).

'A must-read for scholars and activists alike. This stellar collection of essays documents exploitation and resistance at Amazon across the globe' - Carolina Bank Muñoz, Tow Professor of Sociology, City University of New York

'This important and timely book on Amazon's global empire is a must read for those who are concerned about economic inequality, massive public surveillance, and the threat to worker rights and democracy around the world' - Kent Wong, Director, UCLA Labor Center

'More than a book about Amazon. It is about the transition in global capitalism and its implications not only for Amazon's workforce, but on the global working class' - Bill Fletcher, Jr., editor, globalafricanworker.com, author, trade unionist

'This brilliant compilation of essays shows us how, like Walmart before it, Amazon has risen to global dominance through shrewd use of technology, data systems and supply chains, and also by skirting and breaking laws' - Professor Stephanie Luce, School of Labor and Urban Studies, CUNY