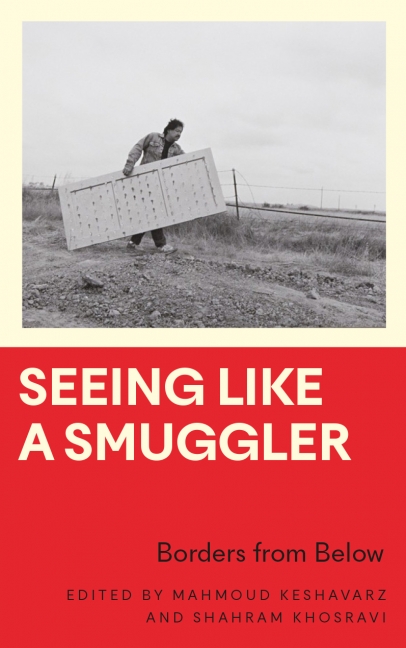 Stories of smuggling as acts of resistance and decolonisation

The word smuggler often unleashes a simplified, negative image painted by the media and the authorities. Such state-centric perspectives hide many social, political and economic relations generated by smuggling. This book looks at the practice through the eyes of the smugglers, revealing how their work can be productive, subversive and deeply sociopolitical.

By tracing the illegalised movement of people and goods across borders, Seeing Like a Smuggler shows smuggling as a contradiction within the nation-state system, and in a dialectical relation with the national order of things. It raises questions on how smuggling engages and unsettles the ethics, materialities, visualities, histories and the colonial power relations that form borders and bordering.

Covering a wide spectrum of approaches from personal reflections and ethnographies to historical accounts, cultural analysis and visual essays, the book spans the globe from Colombia to Ethiopia, Singapore to Guatemala, Afghanistan to Zimbabwe, and from Kurdistan to Bangladesh, to show how people deal with global inequalities and the restrictions of poverty and immobility.

Mahmoud Keshavarz is Senior Lecturer in Design Studies at the University of Gothenburg. He is the author of The Design Politics of the Passport. He co-edits the journal Design and Culture.

Shahram Khosravi is Professor in Anthropology at Stockholm University. He is the author of Young and Defiant in Tehran, which was highly recommended by Choice. He has also contributed to publications such as The New York Times.

'This conceptually vivid book refreshes our vision. We can see how vulnerable people combine, innovate, and revise what they do to make geography from below. There, at the margins, is life in rehearsal'

'At last, an urgent and brilliant collection of histories 'from below', about the people and goods transgressing the borders of global capitalism. The world economy will never look quite the same’

- Marcus Rediker, co-author of 'The Many-Headed Hydra: The Hidden History of the Revolutionary Atlantic'

'Tells amazing stories from the ground of how people negotiate with borders, state, local officials and carry on lives in the midst of everyday border violence. There is no morality play here. Migration, clandestine existence and illegal activities like smuggling - these are not acts to be found in some independent criminal universe. These are part of society's subterranean life'