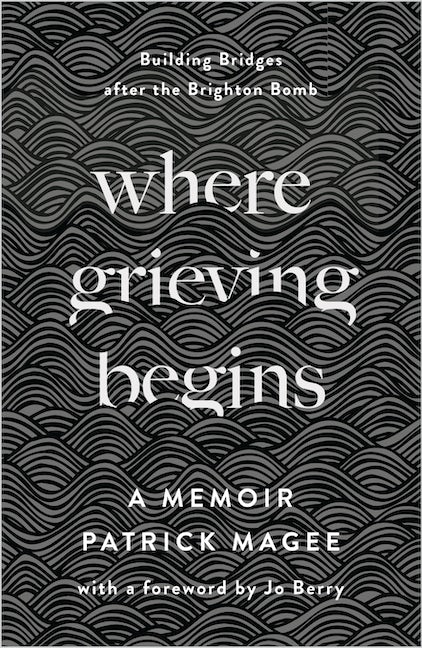 This is the memoir of Patrick Magee, the man who planted the 1984 Brighton bomb – an attempt by the Provisional IRA to kill the British Prime Minister, Margaret Thatcher, and her cabinet. In an unflinching reckoning with the past, Magee recounts the events of his life. He chronicles the profound experience of meeting Jo Berry – whose father was one of five people killed in the bombing – and the extraordinary work they have done together.

A chasm of misunderstanding endures around the Troubles and the history of British rule in Ireland. This memoir builds a bridge to a common understanding. It is written in the belief that anything is possible when there is honesty, inclusion and dialogue.

'An important book ... Only by hearing such voices will we shape our understanding into some kind of order and reconciliation'

'I read this book with total fascination. Different countries, different conflicts, Pat the bomber and I the bombed - yet how extraordinarily similar, intense, complex and healing the experience of reaching out to the hated 'enemy' had been for both of us'

- Albie Sachs, former judge on the Constitutional Court of South Africa and chief architect of the post-apartheid constitution

'Magee’s narrative is calm and collected; analytical and poetic ... His emotional desire for reconciliation comes across as genuine and heartfelt'

'Patrick Magee is a fine example of a human being making his way through an acute crisis. He and Jo Berry managed to transform the aftermath of a severe conflict into a profoundly useful form of communication. They both deserve our respect and admiration for this'

- Scilla Elworthy, founder of the Oxford Research Group, co-founder of Peace Direct and three-time nominee for the Nobel Peace Prize

'A vivid, deeply personal account of why a young, unassuming man became a volunteer in the IRA, risked his life and sacrificed his freedom, to take on not just the British military in Belfast's ghettoes but in the lion's den itself'

- Danny Morrison, Secretary of the Bobby Sands Trust and author of All the Dead Voices (Mercier Press, 2002)

‘Compelling … Pat’s exploration of his journey into republican politics, of life as an IRA volunteer, as a political prisoner and the consequences of the armed actions he participated in, provide an important alternative narrative to that often presented by others’

'Not many autobiographies show an author feeling his way through his life, seeking to understand each phase of it. This one does'

'A treatise on processes of responsibility, grieving and reconciliation'

A short book trailer for ‘Where Grieving Begins: Building Bridges after the Brighton Bomb – a Memoir’ by Patrick Magee.

Footage taken from ‘The Other’ (2016) by Ian Tierney (@itierney) and Simon Cross.

PODCAST: ‘Radicals in Conversation’
Where Grieving Begins: Building Bridges after the Brighton Bomb

We’re joined on the show by Patrick Magee and Jo Berry, to talk about the Troubles, the Brighton Bomb and healing the wounds left by the conflict.

Patrick Magee, the man who planted an IRA bomb at the Grand Hotel in Brighton, writes from in a bar in Belfast, reflecting on the grief of conflict and division, showing how nobody wins until we all win.

END_OF_DOCUMENT_TOKEN_TO_BE_REPLACED
Back to Top
X