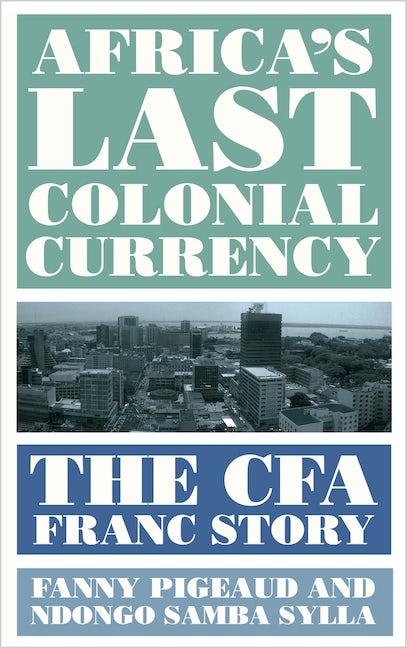 Colonialism persists in many African countries due to the continuation of imperial monetary policy. This is the little-known account of the CFA Franc and economic imperialism.

The CFA Franc was created in 1945, binding fourteen African states and split into two monetary zones. Why did French colonial authorities create it and how does it work? Why was independence not extended to monetary sovereignty for former French colonies? Through an exploration of the genesis of the currency and an examination of how the economic system works, the authors seek to answer these questions and more.

As protests against the colonial currency grow, the need for myth-busting on the CFA Franc is vital and this exposé of colonial infrastructure proves that decolonisation is unfinished business.

Fanny Pigeaud is a journalist and the author of a number of books, including A Decade of Cameroon (Brill, 2019).

William Mitchell is Professor of Economics at the University of Newcastle, Australia. He is considered one of the world's leading heterodox economists and is the author of Reclaiming the State (Pluto, 2017).

'For decades, the CFA Franc question has been, for the elite of Francophone Africa, more than a mere taboo subject, a sort of shameful wound. Tongues are starting to loosen, and this book comes at a perfect time'

'A masterpiece that uncovers, in wonderful detail, the neo-colonial politics behind the CFA Franc. It makes a passionate, convincing case for dismantling the CFA Franc, and will become a classic study in how monetary relationships are intertwined with power and national interest'

- Professor Daniela Gabor, Professor of Economics and Macro-Finance, University of the West of England

'A must read that engages the political economy of the post-colony by taking us back to where it all started: from De Gaulle's neo-colonial independence to Macron's fake colonial currency, showing that the transition is simply imperial domination par excellence'

'Excellent ... it exposes the reality behind that 'invisible weapon' used by France to continue to influence the fate of its former colonies'

'An excellent book showing that a common currency area between an advanced and a backward region is a mechanism for perpetuating the latter's backwardness and making its products available cheap for the former. A must read for students of development'

- Jean Ziegler, Former Professor of Sociology at the University of Geneva and the Sorbonne, Paris and former Vice-President of the Advisory Committee to the United Nations Human Rights Council

'A scathing critique of France's most powerful colonial tool in Africa, revealing a radical, yet practical alternative path for African economic and monetary sovereignty'

- Fadhel Kaboub, President of the Global Institute for Sustainable Prosperity

- ‘The New York Review of Books’

‘A crystal-clear dissection of a purposefully opaque economic system … at once exposé, history, and economics explainer’

‘Demolishing the shallow rhetoric surrounding the CFA system, the authors are excellent guides to its political, diplomatic and technical history … offering a book that will be particularly of interest to economic historians, postcolonial theorists and political scientists’

Foreword by William F. Mitchell
Map
Introduction
1. A Currency at the Service of the ‘Colonial Pact’
2. The CFA System
3. Resistance and Reprisal
4. France in Command
5. At the Service of the Françafrique
6. An Obstacle to Development
7. An Unsustainable Status Quo
Epilogue
Postface
Notes
Index