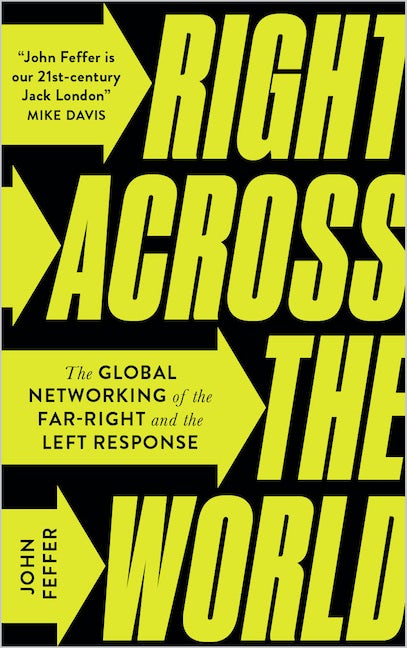 Right Across the World

The Global Networking of the Far-Right and the Left Response

The far-right is creating a Nationalist International, and the left must rise to the challenge

In a post-Trump world, the right is still very much in power. Significantly more than half the world's population currently lives under some form of right-wing populist or authoritarian rule. Today's autocrats are, at first glance, a diverse band of brothers. But religious, economic, social and environmental differences aside, there is one thing that unites them - their hatred of the liberal, globalised world. This unity is their strength, and through control of government, civil society and the digital world they are working together across borders to stamp out the left.

In comparison, the liberal left commands only a few disconnected islands - Iceland, Mexico, New Zealand, South Korea, Spain and Uruguay. So far they have been on the defensive, campaigning on local issues in their own countries. This narrow focus underestimates the resilience and global connectivity of the right. In this book, John Feffer speaks to the world's leading activists to show how international leftist campaigns must come together if they are to combat the rising tide of the right.

A global Green New Deal, progressive trans-European movements, grassroots campaigning on international issues with new and improved language and storytelling are all needed if we are to pull the planet back from the edge of catastrophe. This book is both a warning and an inspiration to activists terrified by the strengthening wall of far-right power.

John Feffer is the director of Foreign Policy In Focus at the Institute for Policy Studies. He is the author of Aftershock: A Journey through Eastern Europe's Broken Dreams (Zed, 2017) and the novel Splinterlands (Haymarket, 2017).

'John Feffer brings [...] a rich store of experiences and a wise perspective'

'An important book [...] the Trump world is part of a transnational story that won't go away. Feffer knows this international ground well and covers it skillfully'

- Lawrence Rosenthal, Chair and Lead Researcher of the Berkeley Center for Right-Wing Studies

'Clearly lays out the challenges societies are facing from an increasingly mobilized transnational far right movement. Unique, because he also provides solutions'

- Heidi Beirich, co-founder of the Global Project Against Hate and Extremism

'An urgent warning to progressives that while they may consider themselves to be the true internationalists, the nationalist right has stolen a march on them and now threatens to overrun their values of global justice and solidarity'

- Walden Bello, International Adjunct Professor of Sociology at the State University of New York at Binghamton