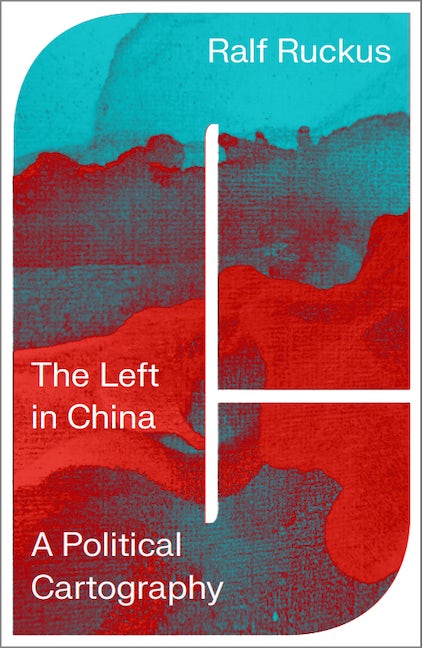 The Left in China

A timely, ambitious and unique book that traces the history and present state of leftist politics in China

Tracing the fascinating history of left-wing, subversive and oppositional forces in China over the last 70 years, Ralf Ruckus pulls back the curtain on Chinese politics.

He looks at the interconnected movements since the founding of the People's Republic of China in 1949, drawing out the main actors, ideas and actions. Taking us through the Hundred Flowers Movement in the 1950s, the Cultural Revolution in the 1960s, the democracy movements of the 1970s and 1980s and the workers' movements that accompanied these events, he draws a clear picture of the political currents of China, its ruling party, and leaders through to Xi Jinping with a spotlight on contemporary struggles.

Is the country still socialist, the Chinese Communist Party a left-wing organisation, and the leadership indeed Marxist? The book will sort out the confusion, present the true history of social movements and left politics in China up to the present day.

Ralf Ruckus has been studying the social, economic, and political situ­ation in the People’s Republic of China for almost twenty years. He co-founded the collective gongchao.org that investigates and documents social unrest and movements in China with a focus on the struggles of workers, migrants, and women.

‘Ruckus has taken on the task of encapsulating for a western audience the history of the Left in China, where it stands today, and its prospects… The overview it provides is comprehensive, detailed, and strikingly insightful.’

A must-read portrayal of the development of the left in China from the 1950s to the present, with important insights on how, despite its revolutionary rhetoric, the Chinese Communist Party has been an anti-left-wing force. Essential reading for global activists and scholars who believe a more egalitarian, democratic world is possible.

‘In this riveting analysis, Ruckus rescues “left politics” from the monopoly of the Chinese state and recenters the motor of history around social struggles from below—a much-needed perspective in understanding China from the international left.’

- Yige Dong, Department of Global Gender and Sexuality Studies, University of Buffalo, US

‘With the Left at odds over how to understand the Chinese party-state and its growing international influence, Ralf Ruckus’ thorough but clearly written new book does a great service by shifting our attention to the oppositional movements of Chinese workers, peasants, students, and women who have contested inequality and exploitation over the past century-plus, often in the face of severe repression.’

- Manfred Elfstrom, Assistant Professor of Political Science at the University of British Columbia, Okanagan, and author of Workers and Change in China: Resistance, Repression, Responsiveness

Preface – What is and isn't 'Left-Wing' in China (and Elsewhere)?

1. Introduction – The birth of the Chinese Left
2. Maoist Dissidence – Revolutionaries Against the Revolution
3. Socialism and Democracy – The History of a Misunderstanding
4. Farewell to Class Struggle – The Redefinition of a Crashing Concept
5. The New Left – In the Name of a Strong Nation-State
6. The Harmonious Society – A Threat Against Social Resistance
7. Maoist Right and Maoist Left – Compass Needed
8. Feminism – Between State Control and Resistance