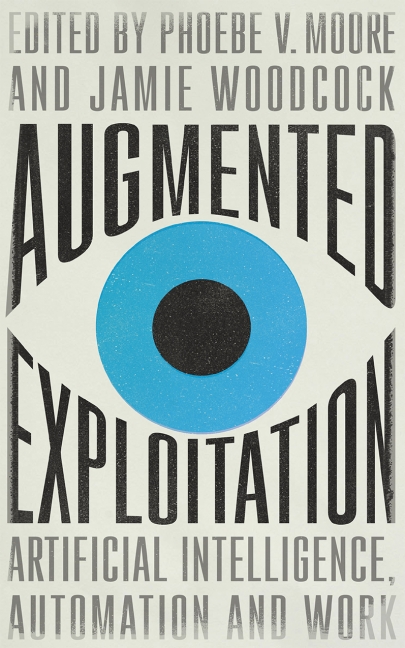 Artificial intelligence should be changing society, not reinforcing capitalist notions of work

Artificial Intelligence is a seemingly neutral technology, but it is increasingly used to manage workforces and make decisions to hire and fire employees. Its proliferation in the workplace gives the impression of a fairer, more efficient system of management. A machine can't discriminate, after all.

Augmented Exploitation explores the reality of the impact of AI on workers' lives. While the consensus is that AI is a completely new way of managing a workplace, the authors show that, on the contrary, AI is used as most technologies are used under capitalism: as a smokescreen that hides the deep exploitation of workers.

Going beyond platform work and the gig economy, the authors explore emerging forms of algorithmic governance and AI-augmented apps that have been developed to utilise innovative ways to collect data about workers and consumers, as well as to keep wages and worker representation under control. They also show that workers are not taking this lying down, providing case studies of new and exciting form of resistance that are springing up across the globe.

Phoebe Moore is Associate Professor of Political Economy and Technology based at the University of Leicester School of Business and a Research Fellow at the Social Science Center Berlin (WZB). Her most recent book is The Quantified Self in Precarity: Work, Technology and What Counts (Routledge, 2018).

'A path-breaking book offering unparalleled insights. Moore and Woodcock re-affirm their position as leaders in this field'