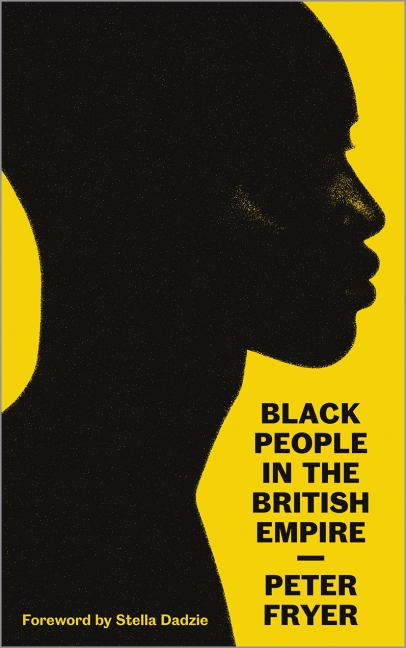 Black People in the British Empire

'Fantastic … the most important book on Black British history’ - Akala

Black People in the British Empire is a challenge to the official version of British history. It tells the story of Britain's exploitation and oppression of its subject peoples in its colonies, and in particular the people of Africa, Asia and Australasia

Peter Fryer reveals how the ideology of racism was used as justification for acquiring and expanding the Empire; how the British Industrial Revolution developed out of profits from the slave trade; and how the colonies were deliberately de-industrialised to create a market for British manufacturers.

In describing the frequency and the scale of revolts by subject peoples against slavery and foreign domination - and the brutality used in crushing them - Peter Fryer exposes the true history of colonialism, and restores to Black people their central role in Britain's past.

Peter Fryer (1927-2006) was a British writer and journalist, whose coverage of the arrival of citizens from the Caribbean onboard the HMT Empire Windrush led to a deep and long-lasting interest in the histories of Black Britons. In 1984, he wrote the classic book Staying Power: The History of Black People in Britain (Pluto, 2018).

Stella Dadzie is best known for her co-authorship of The Heart of the Race: Black Women’s Lives in Britain (Virago, 1985) which won the Martin Luther King Award for Literature. She is a founder member of OWAAD (Organisation of Women of African and Asian Descent), a national umbrella group that emerged in the late 1970s as part of the British Civil Rights movement. Her latest book is A Kick in the Belly: Women, Slavery and Resistance (Verso, 2020).

'Fantastic … the most important book on Black British history’

'As this sequel to Staying Power demonstrates so succinctly, there is no separate entity called 'black history’, just versions and perspectives that have been air-brushed out of the official narrative. Britain's history is littered with gaping holes - hidden histories and her-stories that have yet to be told or unearthed. In drawing our attention to the experience of countless subjugated people who were deemed part of its sprawling empire, Peter Fryer has shown, once again, that he has earned his credentials'

- Stella Dadzie, co-author of 'The Heart of the Race: Black Women’s Lives in Britain' (Virago, 1985), and winner of the the Martin Luther King Award for Literature

'An inspiring account of brutal repression and resistance ... Fryer throws the darker side of the empire into graphic relief'

'An important contribution to the struggle against racism'

'A stimulating book which raises important and often uncomfortable questions'