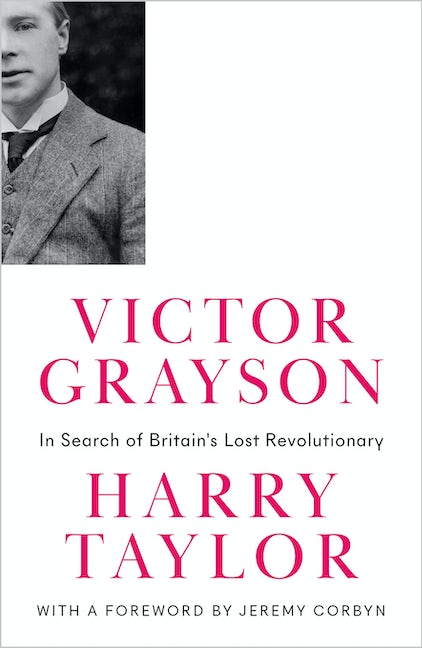 In Search of Britain's Lost Revolutionary

The true story of the strange disappearance of a radical icon

Steeped in conspiracy, scandal and socialism – the disappearance of radical icon Victor Grayson is a puzzle that’s never been solved. A firebrand and Labour politician who rose to prominence in the early twentieth century, Grayson was idolised by hundreds of thousands of Britons but despised by the establishment. After a tumultuous life, he walked out of his London apartment in September 1920 and was never seen again.

After a century, new documents have come to light. Fragments of an unpublished autobiography, letters to his lovers (both men and women), leading political and literary figures including H.G. Wells and George Bernard Shaw, and testimonies from members of the Labour elite such as Clement Attlee have revealed the real Victor Grayson.  New research has uncovered the true events leading up to his disappearance and suggests that he was actually blackmailed by his former Party.

In a time when homosexuality was illegal, and socialism an international threat to capitalism, Grayson was a clear target for those wanting to stamp out dissent. This extraordinary biography reinstates to history a man who laid the foundations for a whole generation of militant socialists in Britain.

Harry Taylor is a former Labour councillor who now works as a political director. He is the co-author of Peter Shore: Labour's Forgotten Patriot (Biteback, 2020).

'Victor Grayson was a socialist firebrand and trailblazer. The leftist equivalent of a spectacular firework, he blazed gloriously, but briefly, before falling to earth - and from grace. This is a gripping account of his spectacular political rise, challenge to the cosy Labour establishment, bizarre ideological volte-face and sudden, never solved, disappearance'

'Remarkable ... cuts through the mystery and fabrication that has surrounded Grayson's tumultuous life and brings us a step closer to the true story of one of the most renowned socialist politicians of his generation'

'Casts a new light on its fascinating subject'

'From his stunning victory in the Colne Valley by-election of 1907 to his stirring oratory and mysterious disappearance, Victor Grayson has continued to be a source of fascination. In this well-written new study, Harry Taylor not only illuminates Grayson's political career, he also illustrates its significance in the rise of the Labour Party'

'A cracking read. If you like your politics and your history in primary colours, Harry Taylor's story of Victor Grayson fits the bill'

'A thorough, wonderfully-written examination of a hugely intriguing and complex figure who vanished so quickly after a brief yet incendiary political career'

'The Victor Grayson story is one of the great 'who-dunnit' sagas of modern politics. It is especially poignant for socialists as he was one of the first of the breed in Parliament, full of promise which soon dissipated. Harry Taylor tells the tale with verve and insight'

'Taylor gives us a superb life ... the best biography of Grayson'

'Stunning ... In Harry Taylor Grayson has found an understanding, but not uncritical, champion, who wears his extensive research lightly and has now confirmed his status as one of the party's most perceptive and sympathetic chroniclers'

‘Harry Taylor has produced a helpful, well-written and excellent account of the life and subsequent mysterious disappearance of the Labour MP Victor Grayson’

Illustrations
Foreword by Jeremy Corbyn
Introduction
1. The Boy from Liverpool
2. The Student Revolutionary
3. The By-Election
4. ‘The Boy Who Paralysed Parliament’
5. Member for the Unemployed
6. ‘England’s Greatest Mob Orator’
7. Revolution Delayed
8. The Battle for a Socialist Party
9. More Than Just a ‘Cheap Orator’
10. A Taste of War
11. To Passchendaele
12. On Lloyd George’s Service
13. Towards the Truth
Notes
Bibliography
Acknowledgements
Index

END_OF_DOCUMENT_TOKEN_TO_BE_REPLACED
Back to Top
X