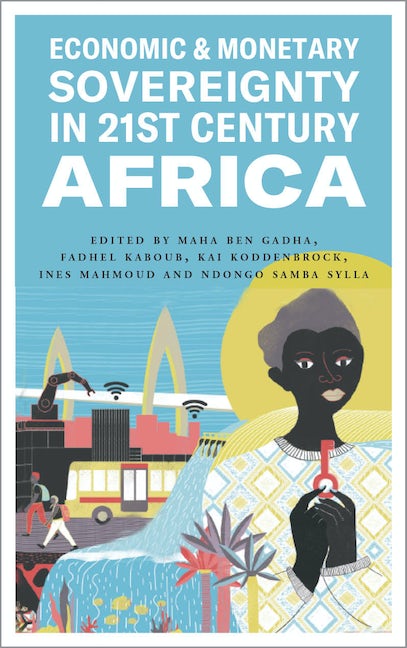 Over forty years after the formal end of colonialism, suffocating ties to Western financial systems continue to prevent African countries from achieving any meaningful monetary sovereignty.

Economic and Monetary Sovereignty in 21st Century Africa traces the recent history of African monetary and financial dependencies, looking at the ways African nations are resisting colonial legacies. Using a comparative, multi-disciplinary approach, this book uncovers what went wrong after the Pan-African approaches that defined the early stages of independence, and how most African economies fell into the firm grip of the IMF, World Bank, and the EU's strict neoliberal policies.

This collection is the first to offer a wide-ranging, comparative and historical look at how African societies have attempted to increase their policy influence and move beyond neoliberal orthodoxy and US-dollar dependency. Economic and Monetary Sovereignty in 21st Century Africa is essential reading for anyone interested in the African quest for self-determination in a turbulent world of recurring economic and financial crisis.

Fadhel Kaboub is Associate Professor of Economics at Denison University and President of the Global Institute for Sustainable Prosperity.

Kai Koddenbrock is a political economist at Africa Multiple Cluster of Excellence at the University of Bayreuth.

Ines Mahmoud is Economic Programme Manager at the North Africa office of the Rosa Luxemburg Foundation.

‘A timely and engaging book using the lens of monetary sovereignty to analyze the African continent’s economic challenges. A must read’

'Opens the canvas to reflect on the economic and monetary dependence of the entire continent, picking up the unfinished business of economic and financial decolonization, updating it empirically and conceptually right up to the present conjuncture of the Covid- 19 pandemic, which has further exposed inequalities'

- Sabelo J. Ndlovu-Gatsheni, Professor and Chair of Epistemologies of the Global South at the University of Bayreuth

'A fresh and innovative view on Africa's entanglement in the world's financial and monetary system. Its point of departure - that Africa has long been a part of global finance - is absolutely necessary if we are to understand the future trajectory of Africa's political economy'

- Randall Germain is Professor of Political Science at Carleton University

'A valuable volume addressing the specific challenges and limitations of monetary policy in Africa today - it is a treasure trove of information, and a truly invaluable resource'

'Insightful and diverse, it is crucial reading for anyone wanting to understand and engage with the theoretical and political debates about sovereignty and subordination in Africa'

‘A powerful addition to a growing body of work aimed at enhancing our understanding of the ways in which, through the vector of finance, a transnational power regime controls the key levers of policy-making in Africa and undermines efforts at winning economic sovereignty. Readers will also find in the book, plenty of ideas for mobilizing alternatives for reversing the programmed reproduction of dependence and underdevelopment’

‘A timely and highly recommended contribution to the literature with well researched case studies and deep historical, theoretical and policy insights into the issue’

- Howard Stein, Professor at the Department of Afroamerican and African Studies, University of Michigan, Ann Arbor

'Powerful and brilliant. A judicious amalgamation of Africa’s past and present economic experiences’

'The baneful legacy of colonialism in Africa can also be found in the realm of money and finance. African countries are struggling to free themselves from the clutches of core countries of global finance as well as from the multilateral organisations. This collected volume draws a complex and rich picture of the African struggle for economic and monetary sovereignty'

'Sovereignty in the meaning of independence from imperial domination beyond state sovereignty is very much part of the alternative discourse. Much is talked about such concepts as food sovereignty, sovereign national project. But little is said about monetary and fiscal sovereignty, yet it lies at the heart of any modern sovereign project. This book admirably fills the gap. I welcome it and urge all involved with crafting alternative paths of development in Africa and elsewhere in the Global South to read it'