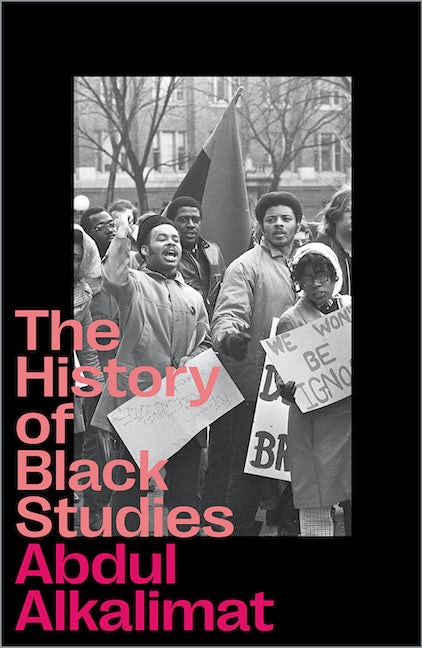 The History of Black Studies

A surge of African American enrolment and student activism brought Black Studies to many US campuses in the 1960s. Sixty years later, Black Studies programmes are taught at more than 1,300 universities worldwide. This book is the first history of how that happened.

Black Studies founder and movement veteran Abdul Alkalimat offers a comprehensive history of the discipline that will become a key reference for generations to come. Structured in three broadly chronological sections - Black Studies as intellectual history; as social movement; and as academic profession - the book demonstrates how Black people themselves established the field long before its institutionalisation in university programmes.

At its heart, Black Studies is profoundly political. Black Power, the New Communist Movement, the Black women's and students' movements – each step in the journey for Black liberation influenced and was influenced by this revolutionary discipline.

Abdul Alkalimat is a founder of the field of Black Studies and Professor Emeritus at the University of Illinois at Urbana Champaign. A lifelong scholar-activist with a PhD from the University of Chicago, he has lectured, taught and directed academic programs across the US, the Caribbean, Africa, Europe and China. His activism extends from having been chair of the Chicago chapter of the Student Non-Violent Coordinating Committee (SNCC) in the 1960s, to a co-founder of the Black Radical Congress in 1998.

'Magisterial [...] The most comprehensive history of the field of Black Studies. This landmark book will become a standard in the history of our field.'

'Abdul Alkalimat, one of the pioneers of Black Studies, has done a great service by providing a powerful, expansive, and compelling history of the field'

‘This is Alkalimat’s magnum opus […] a focal point for scholarship on the history of Africana thought in the academy. It is required reading for Black Studies scholars and intellectual historians’

‘A visionary and a documentarian, Alkalimat has been a major figure in the Black Studies movement since its modern inception. This landmark book is indispensable’

- Martha Biondi, author of ‘The Black Revolution on Campus’

'Stunning [...] a precious guide to a forgotten past as well as a valuable tool for future battles over the political direction of education against racism'

- Paul Gilroy, author of 'There Ain't No Black in the Union Jack'

'A must-read chronicle of one of the most significant developments in US social movements, making more visible the role of Black women who have too often been footnotes in this history. Even veteran pioneers and Black Studies comrades will be wowed!'