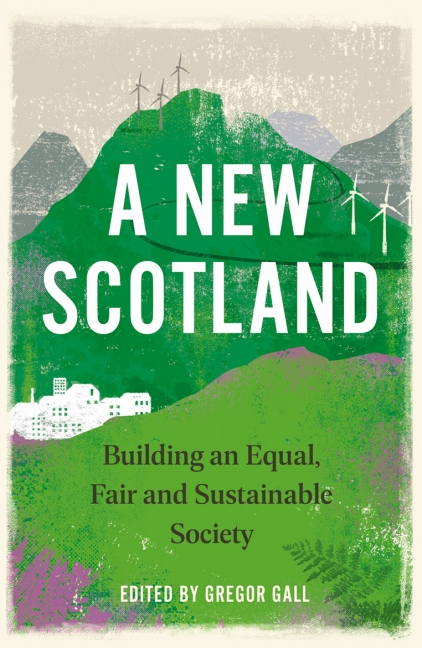 Looking beyond devolution and independence, how can we construct a brighter future for Scotland?

Inequality and unfairness still stalk Scotland after more than twenty years of devolution. Having done little to shield against austerity, Brexit and an increasingly right-wing Westminster agenda, calls for further constitutional reform to solve pressing political, economic and social problems grow ever louder. The debate over further devolution or independence continues to split the population.

In A New Scotland, leading activists and academics lay out the blueprints for radical reform, showing how society can be transformed by embedding values of democracy, social justice and environmental sustainability into a coherent set of policy ideas.

Structured in two parts, the book takes to task the challenges to affect radical change, before exploring new approaches to key questions such as healthcare, education, public ownership, race, gender and human rights.

Gregor Gall is editor of the Scottish Left Review and director of the Jimmy Reid Foundation. He is author and editor of over twenty books.

'The push for Scottish devolution came with a well-respected agenda for political reform. What would be the equivalent agenda for Scottish independence? This book provides an impressive list of ways to connect constitutional change to social justice reform'

'An important contribution to the debate about the state of our society. It comes against a backdrop of rising social and economic inequality, class division and poverty impacting on too many of our fellow citizens'

'A refreshing and challenging antidote to the stale arguments currently dominating Scottish politics. It roots debate firmly in the search for equality, fairness and sustainability with an impressive array of contributors, ideas and critiques'

- James Mitchell, Professor of Public Policy at the University of Edinburgh

Afterword: From National to Local - Dave Watson (former Head of Policy and Campaigns at UNISON Scotland)

Gregor Gall argues that with or without independence, Scotland must chart a new course towards social, economic, environmental and political justice.

END_OF_DOCUMENT_TOKEN_TO_BE_REPLACED
Back to Top
X