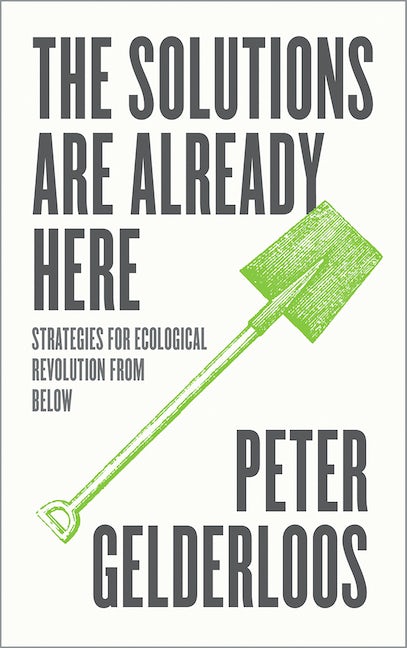 The Solutions are Already Here

As the climate crisis worsens, we must look to revolutionary strategy for justice

Are alternative energies and Green New Deals enough to deliver environmental justice? Peter Gelderloos argues that international governmental responses to the climate emergency are structurally incapable of solving the crisis. But there is hope.

Across the world, grassroots networks of local communities are working to realise their visions of an alternative revolutionary response to planetary destruction, often pitted against the new megaprojects promoted by greenwashed alternative energy infrastructures and the neocolonialist, technocratic policies that are the forerunners of the Green New Deal.

Gelderloos interviews food sovereignty activists in Venezuela, Indigenous communities reforesting their lands in Brazil and anarchists fighting biofuel plantations in Indonesia, looking at the battles that have cancelled airports, stopped pipelines, and helped the most marginalised to fight borders and environmental racism, to transform their cities, to win a dignified survival.

All author royalties go to Indigenous and anarchist initiatives in Brazil and Indonesia.

Peter Gelderloos is a writer and movement participant. He is the author of How Nonviolence Protects the State, Anarchy Works and Worshiping Power: An Anarchist View of Early State Formation. He has contributed chapters to anthologies Keywords for Radicals and Riots and Militant Occupations.

'Guides us beyond the greenwashing of the arsonist state, towards the regenerative agency of local communities. Gelderloos demonstrates how we have the means at hand to extinguish the blaze and reset our wayward course towards a more livable and just planet for all'

- Simon Springer, author of 'The Anarchist Roots of Geography'

Preface
Acknowledgments
1. A Wide-Angle View
The Bare Bones: The Situation Now and Our Likely Futures
In the Biosphere Everything Is Connected: The Ecological Crisis beyond Carbon
Hoard the Profit, Share the Blame: The Anthropocene Reconsidered
2. Foxes Building Henhouses
Government Promises and Market Solutions: The Profitable Failings of Paris, the NGOs, and Climate Capitalism
Religions of Consumption: Ecocide and Entitlement
Prison Cells and Death Squads: The Real First Response to Climate Change
3. The Solutions Are Already Here
We Have Stopped Pipelines, Airports, Highways, and Mines: The Victories that Add Up
Food Sovereignty and Ecological Healing: Finding Our Place in a Damaged Ecology
Fighting Where We Live: From Cities to Habitats
4. Versatile Strategies
A Thousand Worlds Struggling to Be Born: Ecosystems of Revolt
False Pragmatisms: Strategies of Desperation
Ecological Revolution: The Best Strategy in Success or Failure
5. A Truly Different Future
Ecological Imaginations: Plotting a Total Transformation of Human Existence
Justice and Reconciliation: Making Sure Mass Murder Doesn’t Pay
Apocalyptic Utopias Now: Present Steps in the Networking of Local and Global Spaces
Notes
Index