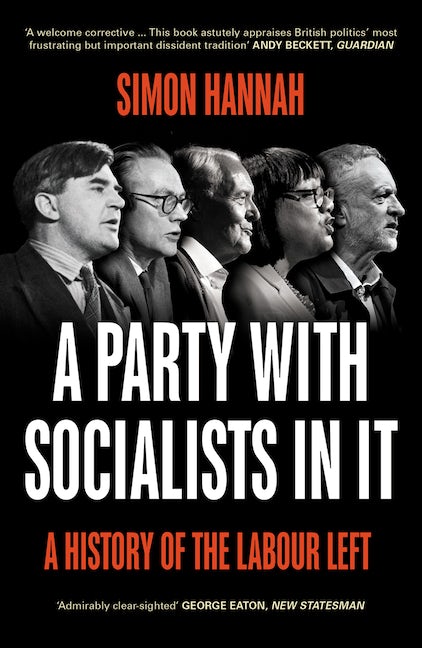 A smart and succinct history of the Labour left

*A Guardian Book of the Day*

The defeat of socialist firebrand Jeremy Corbyn as Labour Leader in 2019 confirmed Tony Benn's famous retort 'the Labour party has never been a socialist party, although there have always been socialists in it.'

For over a hundred years, the British Labour Party has been a bastion for working class organisation and struggle. However, has it ever truly been on the side of the workers? Where do its interests really lie? And can we rely on it to provide a barrier against right-wing forces?

Simon Hannah's smart and succinct history of the Labour left guides us through the twists and turns of the party, from the Bevanite movement and the celebrated government of Clement Attlee, through the emergence of a New Left in the 1970s and the Blairism of the 1990s, to Corbyn's defeat and his replacement by Keir Starmer.

This new edition is updated throughout, with a new final chapter and conclusion bringing the story up to date.

Nadia Whittome is Labour MP for Nottingham East. On her election in December 2019 at the age of 23, Whittome became the youngest MP in the House of Commons. She is a member of the Socialist Campaign Group of Labour MPs.

'At a very crucial time in British politics, this book helps us to fill in important gaps in our knowledge'