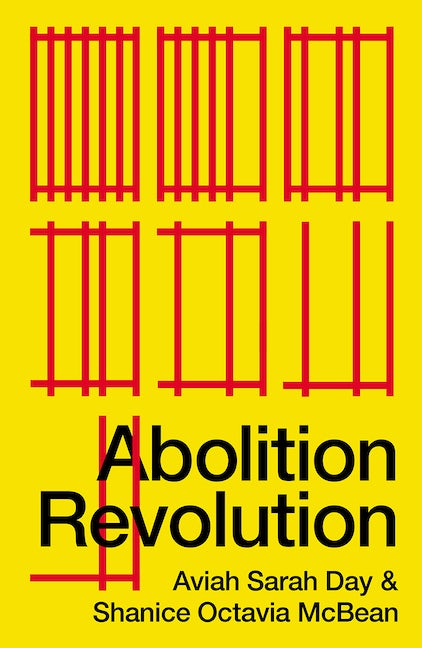 George Floyd's murder in Minneapolis triggered abolitionist shockwaves. Calls to defund the police found receptive ears around the world. Shortly after, Sarah Everard's murder by a serving police officer compounded these calls in Britain. But to abolish the interlocking systems of police, prison and border power, we must confront the legacy of Empire.

Abolition Revolution is a historical, theoretical and practical guide to revolutionary abolitionist politics in Britain. The authors trace the evolution of policing and criminalisation from their colonial roots to their contemporary expression, as found in 'Prevent' and drug laws targeting Black communities. They also draw out a rich history of grassroots resistance, from the founding of the Notting Hill Carnival in 1959 to transformative responses to repressive community policing today.

With a forceful critique of carceral feminism, alongside an exposition of how these systems fail as a response to social dynamics such as crime, the book offers a compelling and grounded vision for abolition that takes us away from punitivity from above and into community based forms of accountability from below.

Aviah Sarah Day is a Black community organiser with Sisters Uncut and Hackney Cop Watch. The rest of her time is spent lecturing in Criminology at Birkbeck, University of London, organising in her trade union branch, and reflecting on how to build workers' power through anarcho-syndicalism.

Shanice Octavia McBean is a Black writer and activist in Sisters Uncut. She grew up in Handsworth, Birmingham, before moving to Tottenham. Describing herself as a revolutionary and Afro-Marxist, she has also organised in anti-racist groups and trade unions.

‘A powerful analysis of the transformative potential of the abolitionist project. Day and McBean show why we must go beyond shifting a few dollars around to directly challenge the logics of capitalism, racism and patriarchy at the heart of the carceral state’

- Alex S. Vitale, author of ‘The End of Policing’

'Vibrantly chronicles the cultural and political landscape of abolitionist practices in the UK.  Day and McBean weave a powerful array of analysis, histories and voices - from organisers, scholars, unionists and/or incarcerated people - to offer profoundly necessary historical lessons that formulate the pathways that shape our abolition feminist revolutions'

'Aviah Sarah Day and Shanice Octavia McBean speak with such eloquence, conviction and passion that readers will want to join their struggle for abolition revolution. Their trenchant and concrete analysis of the criminalisation of the Black and Asian youth, of carceral white bourgeois feminism, gentrification, police and state violence make essential reading. Let's heed their call for an abolitionist future'

'Not only does this superlative book expertly dismantle the dogmas of liberal anti-racism and carceral feminism which reproduce the systems of power, it also points the way forward to a post-abolitionist future in a meticulous, clear-headed way. Highly recommended'

- Silvia Federici, author of ’Caliban and the Witch’

'A thorough, engaging and important read - that held me through new information whilst never sacrificing depth. I’m so glad this book exists!'

'An essential contribution to the debate on strategies for effective political action against systems of criminalisation. A must for read for activists and those who seek a deeper understanding of the development of international abolitionist movement and its relevance to radical and revolutionary politics today'

'An energising, and timely contribution  to global debates about abolition and the growing interest in the UK in building on the organising and resistance to state violence and challenging the racism, misogyny and harms of policing and incarceration. A book to help us imagine and develop a world without carceral injustice but transformative social and racial justice.'

Introduction
Thesis 1. A national abolitionist movement has erupted in Britain. Abolition is a tool to reimagine revolutionary politics.
Thesis 2. Our journey to abolition in Sisters Uncut was long and bumpy: abolition is a road, not a destination!

Part 1 - The Tools of Police Power
Thesis 3. Race is at the heart of policing; without race policing can’t function. Dismantling the police means dismantling race.
Thesis 4. The police need public consent in order to exist. Withdrawing our consent brings us closer to abolition.
Thesis 5. Coercion and control are the tactics of abusers, and coercing and controlling the working class is the job of the police. Abolition is class struggle!
Thesis 6. Women have always experienced the sharp end of state violence: if your feminism is carceral, it’s bullshit.

Part 2 - Roots In Empire: The History of Criminalisation and Resistance
Thesis 7. Class struggle in the 18th century sparked a prison abolitionist fire. Abolition is nothing new.
Thesis 8. The UK rehearsed its strategies of control and punishment in the colonies. Abolition continues anti-colonial and class struggle in Britain today.

Part 3 - Systems of Criminalisation Today
Thesis 9. From student revolt to urban rebellion, abolition must harness the radical energy of our youth!
Thesis 10. Bordering and policing protects colonial, imperialist and capitalist wealth. Open borders is abolition and abolition is open borders!
Thesis 11. From the streets to the cell block incarcerated people have organised to resist state violence.
Thesis 12. The 'War on Terror' expanded policing powers into everyday institutions. Fighting Islamophobic racism is central to abolitionist struggle.
Thesis 13. Capitalist crisis, neoliberalism and gentrification drive racist ‘gangs’ policing in Black communities. Abolition is a struggle against the whole system!

Part 4 - Abolitionist Futures
Thesis 14. Gypsy, Roma and Traveller communities have led fierce resistance to state violence. Abolition must unite different struggles.
Thesis 15. Crime is a social construct, but harm is real. Revolution is an essential ingredient to building transformative approaches to harm from the community level up.
Thesis 16. Revolution needs you…

Part 5 - Symposium: Abolition in the UK

The Abolition Revolution authors answer two common questions about the abolitionist movement: ‘What is abolition?’ and ‘Why can’t the police be reformed?’

In the wake of the 2020 Black Lives Matter movement, the Black Radical Tradition has re-emerged...
END_OF_DOCUMENT_TOKEN_TO_BE_REPLACED
Back to Top
X