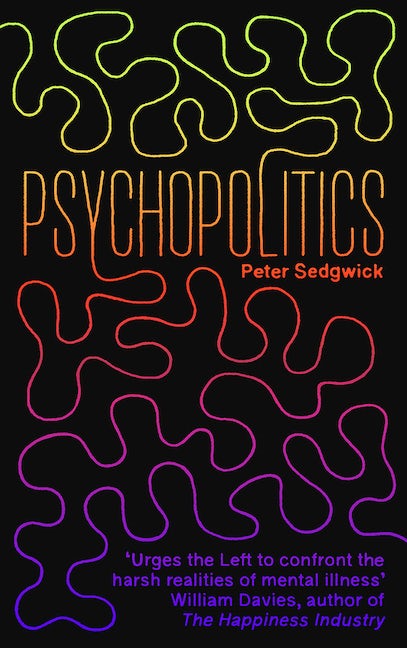 'A powerful and impassioned defence of psychiatry, urging the Left to confront the harsh realities of mental illness' - William Davis, author of The Happiness Industry

A new edition of one of the most significant and credible critiques of the anti-psychiatry movement.

As relevant today as it was when first published in 1982, the book changed the conversation on mental health and illness, demanding that we assess its relationship to the wider decay of social institutions. Dissecting the work of popular anti-psychiatric thinkers, Erving Goffman, R.D. Laing, Michel Foucault and Thomas Szasz, Sedgwick exposed the conservative undercurrents and false hopes represented by the alternative psychiatry of the sixties and seventies, challenging the very real impact it had on our collective responsibility to look after the mentally ill.

With a new introduction that highlights the relevance of Sedgwick's demands for modern mental health movements, the practice of psychiatry and for left-wing activists, this new edition further cements PsychoPolitics' cult classic status.

Peter Sedgwick (1934-1983) was a Marxist, a trained psychologist and the translator of the revolutionary Victor Serge. His classic book PsychoPolitics is considered to be his major achievement, lauded by psychiatrists, social workers and philosophers alike.

Tad Tietze is a psychiatrist who lives in Sydney, Australia. His writing has appeared in the Guardian, Modern Age, Overland, Historical Materialism, Australasian Psychiatry and Critical and Radical Social Work. He tweets as @Dr_Tad.

'A powerful and impassioned defence of psychiatry, urging the Left to confront the harsh realities of mental illness'

- William Davies, author of 'The Happiness Industry: How the Government and Big Business Sold Us Well-Being'

'One of the most prolific, versatile and scholarly of this country’s socialist writers'