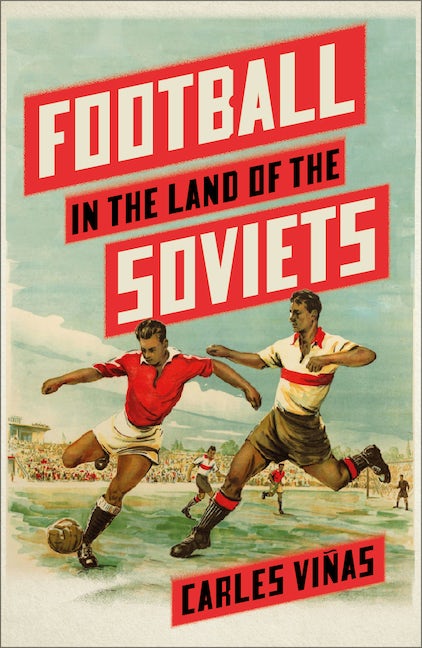 Football in the Land of the Soviets

Mistrusted and derided, instrumentalised and adored - the story of football in Tsarist and early Soviet Russia is as wild and intriguing as that of the country itself. In many ways it is the same story…

Football in the Land of the Soviets offers a fresh perspective on a momentous chapter in modern political history. Carles Viñas shows how the Russian game was transformed in just a few decades: from a minor émigré pastime, to a modernising driver of society, to a vanguard for Soviet diplomacy and internationalism, and finally, with the first championship of the Soviet League in 1936, into a truly mass phenomenon.

So exactly how did a bourgeois game end up as the collective passion of the Soviet working class? And why does it matter? Football in the Land of the Soviets brings these questions to the fore in this thrilling, unorthodox account of the fall of an imperial dynasty and the rise of the world's first socialist state.

Carles Viñas is an expert in football and skinhead culture. Exposing racism in the sport, as well as championing its radical history, his passion for the game has led him to write numerous books on the subject, including the award-winning St. Pauli: Another Football is Possible.

'Football is an excellent way in to understanding any country, and if there's one country we need to understand better now, it's Russia. An extremely timely book.'

'A fascinating, thorough and at times revealing investigation into the origins of football in the USSR.'

'A fascinating, brilliantly researched insight into the patchwork origins of the ruthless powerhouse that Soviet football would become.'