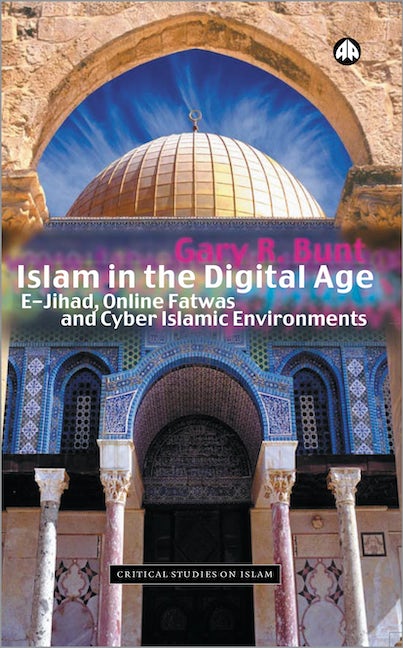 Islam in the Digital Age

How the internet affects global Muslim consciousness
The Internet is an increasingly important source of information for many people in the Muslim world. Many Muslims in majority and minority contexts rely on the Internet as a primary source of news, information and communication about Islam. As a result, a new media culture is emerging which is having a significant impact on areas of global Muslim consciousness. Post-September 11th, this phenomenon has grown more rapidly than ever.

Firstly, the emergence of e-jihad ('Electronic Jihad') originating from diverse Muslim perspectives - this is described in its many forms relating to the different definitions of 'jihad', including on-line activism (ranging from promoting militaristic activities to hacking, to co-ordinating peaceful protests) and Muslim expression post 9/11.

Islam in the Digital Age: E-Jihad, Online Fatwas and Cyber Islamic Environments is valuable for its thorough examination of how Islam interacts with today’s technology.