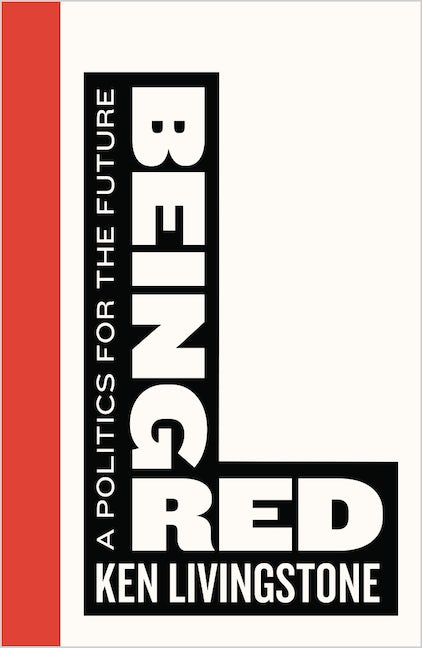 A Politics for the Future

An insider's account of the British left and the Labour Party, past and future, by one of its figureheads
In Being Red, Ken Livingstone serves up an account of the Labour Party and its future, at a pivotal moment in its history. Having worked most of his life within the party in various leading roles; as the head of the Greater London Council, as Member of Parliament and as Mayor of London, Livingstone is able to offer insights into the internal workings of the party, and the rise and fall (and potential rise again) of its radical socialist ethos.

Discussing his battle with Boris Johnson, the fight against privatisation and pollution as well as his analysis of Jeremy Corbyn’s arguably radical leadership and its implications for the future, Livingstone displays his trademark honesty and humour, refusing to shy away from controversy or debate.

Ken Livingstone is a British politician who has twice held the leading political role in London regional government. He served as the Leader of the Greater London Council from 1981 until the Council was abolished in 1986, and then as the first elected Mayor of London from the creation of the office in 2000 until 2008. He also served as MP for Brent East from 1987 to 2001. His autobiography, You Can't Say That, was published by Faber and Faber in 2011.

List of Illustrations
Series Preface
Editor's Preface
Foreword by Ken Livingstone
1. The GLC Years (in Conversation with Anna Minton)
2. The GLA Years and Beyond (in Conversation with Anna Minton)
3. Boris Will Be the Death of Me
4. Rebuilding the Party, Rebuilding Britain
5. Ken: A Personal Portrait: Interview by Angharad Penrhyn Jones
6. 'I Don’t Know Much about Art But...' - Jan Woolf
Notes
Published by Pluto Press in Feb 2016
Paperback ISBN: 9780745399058
eBook ISBN: 9781783718139

END_OF_DOCUMENT_TOKEN_TO_BE_REPLACED
Back to Top
X