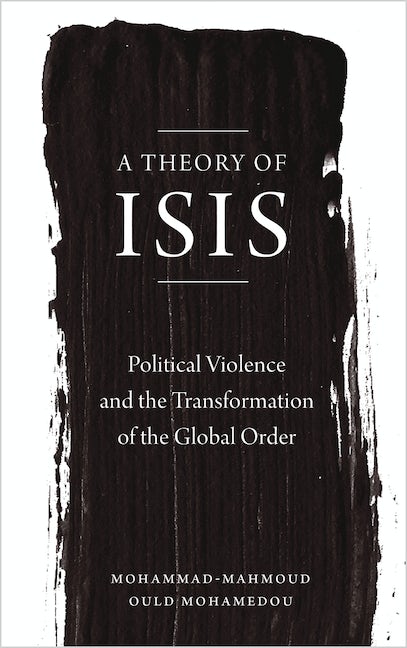 A bold new theory of ISIS, revealing its profound impact on the very nature of contemporary political violence
The Islamic State of Iraq and Syria has been the subject of intense scrutiny in the West. Considered by many to be the most dangerous terrorist organisation in the world, it has become shrouded in numerous myths and narratives, many emanating from the US, which often fail to grasp its true nature.

Against these narratives, Mohammad-Mahmoud Ould Mohamedou presents a bold new theory of ISIS. By tracing its genealogy and documenting its evolution in Iraq and Syria, he argues that ISIS has transcended Osama Bin Laden's original project of Al Qaeda, mutating into an unprecedented hybrid form that distils postcolonial violence, postmodernity and the emerging post-globalisation international order.

This book analyses ISIS from a social sciences perspective and unpacks its dynamics by looking beyond superficial questions such as its terrorist nature and religious rhetoric. It transforms our understanding of ISIS and its profound impact on the very nature of contemporary political violence.

Mohammad-Mahmoud Ould Mohamedou is Professor of International History at the Graduate Institute of International and Development Studies in Geneva, and teaches at the doctoral school at Sciences Po Paris. Previously the Associate Director of the Harvard University Programme on Humanitarian Policy and Conflict Research, he is the author of A Theory of ISIS (Pluto, 2017) and Understanding Al Qaeda (Pluto, 2011).

'The first serious attempt at understanding a global calamity brewed in the counter-revolutionary mobilisation against the graceful rise and spectacular spread of Arab revolutions. A groundbreaking work of political theory' - Professor Hamid Dabashi, Columbia University, author of Authority in Islam 'Objective and insightful ... Essential reading for those interested not only in ISIS but also what may follow' - Professor Gareth Stansfield, University of Exeter, author of Iraq – People, History, Politics 'A Theory of ISIS is one of the best analyses available to us. An essential book for any serious student of political violence' - Professor Paul Rogers, Bradford University, author of Irregular War 'Scrupulously scholarly and indispensable reading for any serious student of its vital and absorbing subject' - Professor Paul H. Gilbert, University of Hull, author of New Terror, New Wars 'A brilliant and ground-breaking analysis of ISIS. Unprecedented level of solid scholarship and deep insights into the complex phenomenon. A must-read for anyone interested in the study of political violence' - Omar Ashour, Director Middle East Graduate Programme, University of Exeter, author of The De-radicalisation of Jihadists 'How did ISIS come so far, so fast? And where will it go next? I have yet to see such a comprehensive examination of the group's genesis, development and motives. This book deserves to be read widely' - Tim Sebastian, award-winning former BBC foreign correspondent and presenter of HARDtalk
List of Figures
List of Tables
List of Abbreviations
Acknowledgements
Introduction: The Islamic State and Political Violence in the Early Twenty-First Century
1. Al Qaeda’s Matrix
2. Apocalypse Iraq
3. From Qaedat al Jihad to Al Dawla al Islamiya
4. Modernity and the Globalised Insurgent
Conclusion: Colonialism Boomerang
Glossary
Chronology
Notes
Index