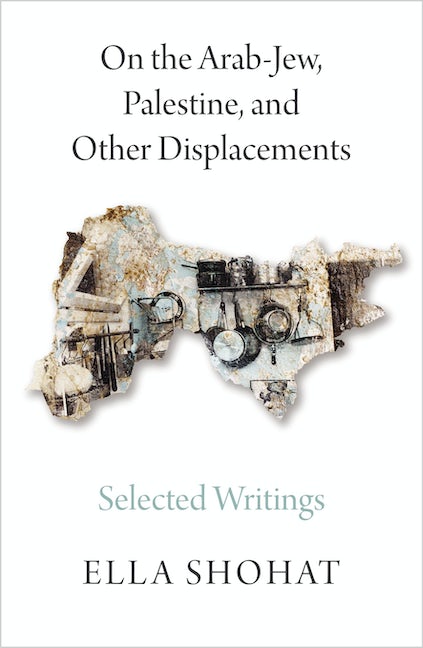 Spanning several decades, Ella Shohat's work has introduced conceptual frameworks that fundamentally challenged conventional understandings of Palestine, Zionism and the Middle East, focusing on the pivotal figure of the Arab-Jew. This book gathers together her most influential political essays, interviews, speeches, testimonies and memoirs, as well as previously unpublished material.

Defying the binarist and Eurocentric Arab-versus-Jew rendering of the Israeli/Palestinian conflict, Shohat's work has dared to engage with the deeper historical and cultural questions swirling around colonialism, Orientalism and nationalism. Shohat's paradigm-shifting work unpacks such fraught issues as the anomalies of the national/colonial in Zionist discourse; the narrating of Jewish pasts in Muslim spaces; the links and distinctions between the dispossession of the Nakba and the dislocation of Arab-Jews; the traumatic memories triggered by partition and border-crossing; the echoes within Islamophobia of the anti-Semitic figure of 'the Jew'; and the efforts to imagine a possible future inter-communal 'convivencia'.

Shohat's transdisciplinary perspective illuminates the cultural politics in and around the Middle East. Juxtaposing texts of various genres written in divergent contexts, the book offers a vivid sense of the author's intellectual journey.

Ella Shohat is a ground-breaking cultural critic, contributing to changing the discourse on colonialism, feminism and representations of the Middle East. Teaching Cultural Studies and of Middle Eastern Studies at New York University, her writing unsettles the boundaries between the 'West and the Rest'. Among her many books are Taboo Memories, Diasporic Voices (Duke University Press, 2006), Israeli Cinema (IB Tauris, 2010) and her collected writings On the Arab-Jew, Palestine, and Other Displacements (Pluto, 2017).

'A scholar of unique range, learning, and originality'

'Authoritative, knowledgeable, and fascinating ... an essential addition to understanding the nature of Israel and the conflict its establishment has created, not just for Palestinians but also for the Mizrahi or 'Arab Jews'. Poignant and thought-provoking'

'In this rich and wide-ranging collection, Ella Shohat demonstrates subtlety, imagination, and the potential of engaged writing. Although it probes many aspects of loss and dislocation, this work is sustained, in the end, by a profound sense of hope'

'Ella Shohat is a gifted cultural critic who writes about complex issues with great clarity, wisdom, and insight. In this collection of essays she tackles a wide range of Middle Eastern topics from a refreshingly original and radical perspective. She is a wrecking-ball of Zionist orthodoxies'

- Avi Shlaim, author of The Iron Wall: Israel and the Arab World

'The volume is so rich in content and perspective on the changing patterns of ethnicity and its interaction with historical circumstance that I hardly know where to begin ... A genuine and enduring achievement.'

'[A] profoundly important collection ... of enormous importance in understanding not only the tragedy of the post-1947 “population exchange” but the ethnic conflicts tearing apart the Middle East and North Africa today'

List of Illustrations
Acknowledgements
Introduction
Part I: The Question of the Arab-Jew
1. Sephardim in Israel: Zionism from the Standpoint of its Jewish Victims
2. Dislocated Identities: Reflections of an Arab-Jew
3. Breaking the Silence
4. Mizrahi Feminism: The Politics of Gender, Race and Multiculturalism
5. The Invention of the Mizrahim
6. Remembering a Baghdad Elsewhere: An Emotional Cartography
Part II: Between Palestine and Israel
7. The Trouble with Hanna (with Richard Porton)
8. In Defence of Mordechai Vanunu: Nuclear Threat in the Middle East (with Yerach Gover)
9. Anomalies of the National: Representing Israel/Palestine
10. Territories of the National Imagination: Intifada Observed
11. Exile, Diaspora and Return: The Inscription of Palestine in Zionist Discourse
12. The Alphabet of Dispossession
13. On Israeli Cinema: East/West and the Politics of Representation
(Interview Conducted by Jadaliyya)
14. In Memory of Edward Said, the Bulletproof Intellectual
15. A Voyage to Toledo: Twenty-Five Years After the “Jews of the Orient and Palestinians” Meeting
Part III : Cultural Politics of the Middle East
16. Egypt: Cinema and Revolution
17. Gender in Hollywood’s Orient
18. The Media’s War
19. The Carthage Film Festival (with Robert Stam)
20. The Cinema of Displacement: Gender, Nation and Diaspora
21. Reflections on September 11
22. Anti-Americanism: The Middle East (A Conversation with Rashid Khalidi)
23. Postscript to Frantz Fanon’s The Wretched of the Earth
24. On the Margins of Middle Eastern Studies: Situating Said’s Orientalism
Part IV: Muslims, Jews and Diasporic Readings
25. Rethinking Jews and Muslims: Quincentennial Reflections
26. 'Coming to America': Reflections on Hair and Memory Loss
27. Diasporic Thinking: Between Babel and Babylon (A Conversation Conducted by Christian Höller)
28. Arab-Jews, Diasporas and Multicultural Feminism (A Conversation Conducted by Evelyn Alsultany)
29. Forget Baghdad: Arabs and Jews – the Iraqi Connection (A Conversation Conducted by Rasha Salti and Layla Al-Zubaidi)
30. Bodies and Borders (An Interview Conducted by Manuela Boatc and Sérgio Costa)
31. Don’t Choke on History: Reflections on Dar al Sulh, Dubai, 2013 (A Joint Conversation with Michael Rakowitz and Regine Basha)
Notes
Index
About the Book and the Author

END_OF_DOCUMENT_TOKEN_TO_BE_REPLACED
Back to Top
X