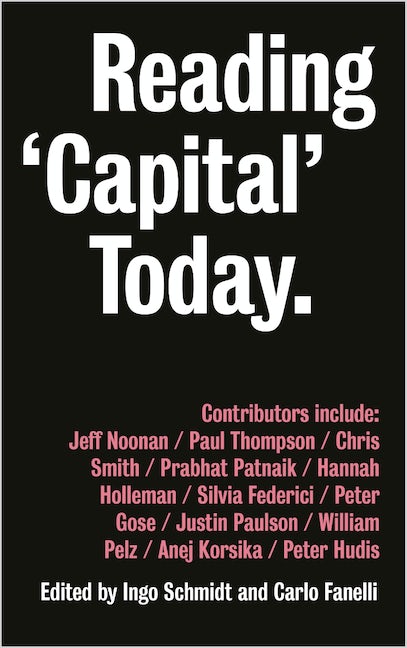 150 years after the publication of Marx's Capital, this edited collection explores the book's relevance today.
Recent years have seen a surge of interest in Marxian political economy and especially Marx's great work Capital. 150 years after the book's original publication, are there readings of Capital that can help us find new pathways to progressive or revolutionary change?

In this wide-ranging new volume, leading thinkers reflect on Capital's legacy, its limitations and its continuing relevance for today, highlighting issues including ecology, gender, race, labour, communism, the 'Third World' and imperialism.

The contributors also aim to identify the connections between Capital and various socialist projects of the past, and draw lessons from those experiences that might contribute to the reinvention of socialist politics today.

Carlo Fanelli teaches in the Department of Politics and Public Administration, Ryerson University, Canada. He is the author of Megacity Malaise (Fernwood Publishing, 2016) and editor of Reading 'Capital' Today (Pluto, 2017). He also edits the journal Alternate Routes.

'Addresses not only capital and labour, and early experiments in socialism, but also questions of gender, ecology, and imperialism. What we learn is that reading Marx's Capital in the present as history can renew our vision of a more egalitarian world beyond capitalism: that of socialism in the twenty-first century' - John Bellamy Foster, editor of Monthly Review 'Celebrates and interrogates Marx's Capital for its meaning today, as the neoliberal counterrevolution mutates into ever more grotesque political and economic forms. For reading Marx in our time, Schmidt and Fanelli have gathered a series of vital interventions on some of the most important theoretical and political themes in Marx for the struggles that lie in front of us' - Greg Albo, Political Science, York University '[A]n ideal text for collective that has studied Capital and wants to explore the possibilities of its application. ... It can help socialists to explore new ways that they might use Capital in their political struggles and the fight for socialism.' - Marx & Philosophy Review of Books