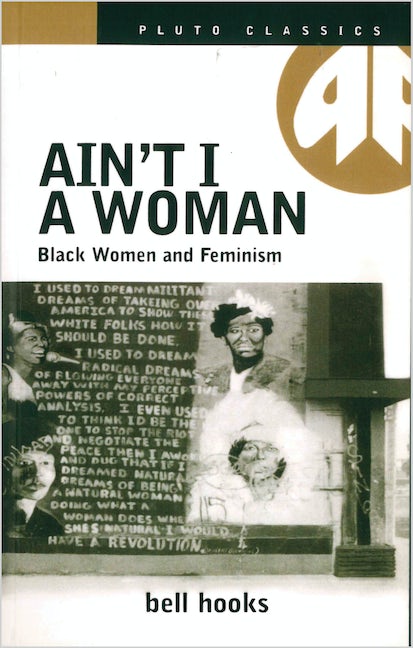 Ain't I a Woman

A provocative and inspiring book on the culture and politics of black women's rights
In this classic study, cultural critic bell hooks examines how black women, from the seventeenth century to the present day, were and are oppressed by both white men and black men and by white women.

Illustrating her analysis with moving personal accounts, Ain't I a Woman is deeply critical of the racism inherent in the thought of many middle-class white feminists who have failed to address issues of race and class.

While acknowledging the conflict of loyalty to race or sex is still a dilemma, hooks challenges the view that race and gender are two separate phenomena, insisting that the struggles to end racism and sexism are inextricably intertwined.

'A fiery piece of polemic filled with merciless criticism of feminism and black activism alike for their neglect of black women's rights ... provocative and inspiring ... visionary' - New Statesman 'One of the twenty most influential women's books of the last twenty years' - Publishers Weekly 'Her commentary about the impact of racism and sexism on black women is still relevant today. The book reminds me that in order to fight for true equality for all women, we must take into account the movement's past injustices' - Emma Watson
Published by Pluto Press in Jan 1987
Paperback ISBN: 9780861043798

END_OF_DOCUMENT_TOKEN_TO_BE_REPLACED
Back to Top
X