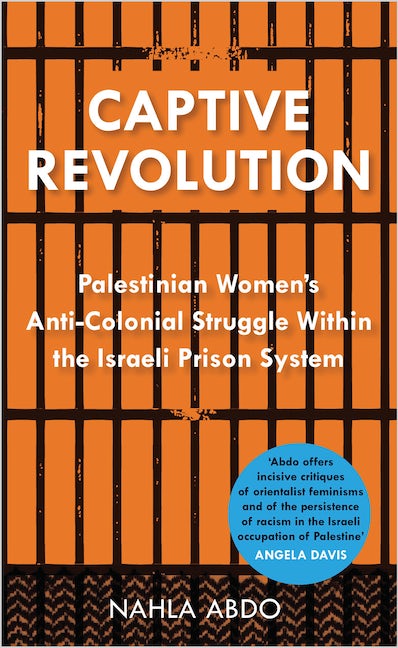 Drawing on oral history of female Palestinian political detainees, this book analyses their anti-colonial struggles in this overlooked subject.
Women throughout the world have always played their part in struggles against colonialism, imperialism and other forms of oppression. However, there are few books on Arab political prisoners, fewer still on the Palestinians who have been detained in their thousands for their political activism and resistance.

Nahla Abdo's Captive Revolution seeks to break the silence on Palestinian women political detainees, providing a vital contribution to research on women, revolutions, national liberation and anti-colonial resistance. Based on stories of the women themselves, as well as her own experiences as a former political prisoner, Abdo draws on a wealth of oral history and primary research in order to analyse their anti-colonial struggle, their agency and their appalling treatment as political detainees.

Making crucial comparisons with the experiences of female political detainees in other conflicts, and emphasising the vital role Palestinian political culture and memorialisation of the 'Nakba' have had on their resilience and resistance, Captive Revolution is a rich and revealing addition to our knowledge of this little-studied phenomenon.

Nahla Abdo is an Arab feminist activist and a Professor of Sociology at Carleton University, Ottawa, Canada. She is the author of Captive Revolution: Palestinian Women's Anti-Colonial Struggle within the Israeli Prison System (Pluto, 2014).