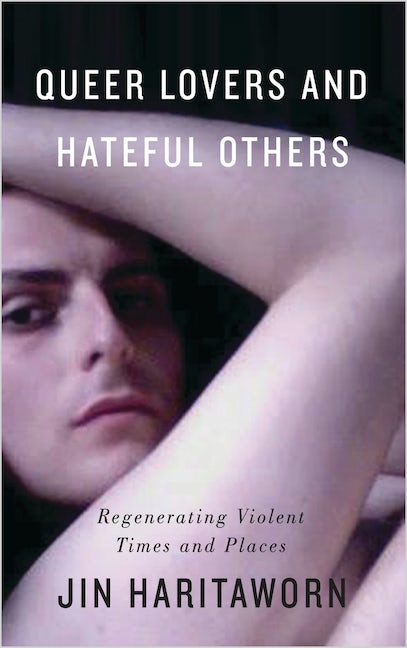 Exploring the tension between Queerness and Islamophobia, and how the elite reinforce the politics of homonationalism.
Queer subjects have become acceptable in society only through being cast in the shadow of the new folk devil, the 'homophobic migrant' who is rendered by society as hateful and disposable.

'A smart, courageous, and at times unsettling indictment of LGBTQ complicity with xenophobic violence. If you care deeply about social justice, read this brilliant book' - Julia Chinyere Oparah is Professor of Ethnic Studies at Mills College and co-editor of Activist Scholarship: Antiracism, Feminism and Social Change 'A brilliant analysis which shatters the singularity of the universal gay/trans subject to expose hir collusion in the production of the 'homophobic Muslim'. This highly engaging book is a must read for all concerned with issues of justice, demilitarisation and radical transformation in global politics' - Sunera Thobani, Associate Professor at the Institute for Gender, Race, Sexuality and Social Justice at the University of British Columbia 'This exciting book by one of the most brilliant emerging scholars today brings a novel approach to 'queer gentrification' and a host of new concepts pertaining to space, queer and trans subjects of colour, race, sexuality and violence' - Paola Bacchetta, Associate Professor of Gender & Women's Studies at University of California, Berkeley 'An original and highly impactful contribution to critical race and ethnic studies, gender and sexuality studies and urban studies' - Dylan Rodríguez, Professor and Chair of the Department of Ethnic Studies at University of California, Riverside 'Seamlessly synthesises the relationships between Islamaphobia, racism within Europe and the United States, and how the global war on terror serves to reinforce the politics of homonationalism. Brilliant and fierce, a must-read for all those interesting in imagining new liberatory politics' - Andrea Smith, Associate Professor of Ethnic Studies and Media & Cultural Studies at the University of California, Riverside. A crucial text that does so much work that queer theory desperately needs. Taking urban spaces in Berlin as a primary site, Haritaworn shows how the production of respectable queers emerges against supposedly degenerate non-white others' - Karma R. Chávez is author of Queer Migration Politics: Activist Rhetoric and Coalitional Possibilities (University of Illinois Press, 2013) and member of the collective, Against Equality 'Constitutes a sophisticated masterpiece of decolonial queer/transgender theory' - Ramón Grosfoguel, Associate Professor, Ethnic Studies Department, University of California, Berkley 'A trenchant and unrelenting critical gaze at the tensions between a nascent people of colour consciousness and the swirling turbulence of homophobia and xenophobia in 21st Century Germany. More than just a sensitive portrait of lives, sites, and energies, this book is an incitement to think queerly, to dream otherwise.' - Martin F. Manalansan IV, Associate Professor of Anthropology and Asian American Studies 'In an exemplary intersectional cultural analysis, Haritaworn explores racial and sexual formations in contemporary and historical Berlin.' - Gloria Wekker is emeritus professor in Gender and Ethnicity at Utrecht University, the Netherlands, and author of The Politics of Passion (2006) and White Innocence (forthcoming 2016, Duke University Press). 'Shifts critical debates about rights, recognition, diversity, coalition, homonationalism, necropolitics, migration policies, and citizenship in important new directions' - Eithne Luibheid, Professor of Gender and Women's Studies, University of Arizona
List of Figures
Acknowledgements
Introduction: Queer Regenerations
1. Setting the Scene
2. Love
3. Hate
4. Queer Nostalgia
5. Conclusion: Kiss Good Morning, Kiss Good Night
6. Epilogue: Beyond the ‘Most Homophobic’
Notes
Bibliography
Index
Published by Pluto Press in Jul 2015
Paperback ISBN: 9780745330617
Hardcover ISBN: 9780745330624
eBook ISBN: 9781783712700