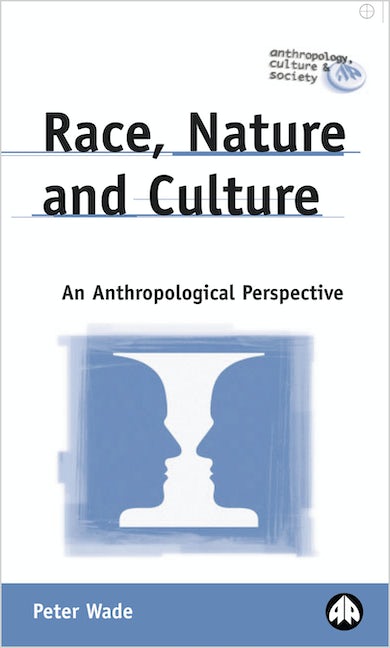 Takes the study of race beyond Western notions of the individual
Since the controversial scientific race theories of the 1930s, anthropologists have generally avoided directly addressing the issue of race, viewing it as a social construct. Challenging this tradition, Peter Wade proposes that anthropologists can in fact play an important role in the study of race.

Wade is critical of contemporary theoretical studies of race formulated within the contexts of colonial history, sociology and cultural studies. Instead he argues for a new direction; one which anthropology is well placed to explore. Taking the study of race beyond Western notions of the individual, Wade argues for new paradigms in social science, in particular in the development of connections between race, sex and gender. An understanding of these issues within an anthropological context, he contends, is vital for defining personhood and identity.

Race is often defined by its reference to biology, 'blood,' genes, nature or essence. Yet these concepts are often left unexamined. Integrating material from the history of science, science studies, and anthropological studies of kinship and new reproductive technologies, as well as from studies of race, Peter Wade explores the meaning of such terms and interrogates the relationship between nature and culture in ideas about race.