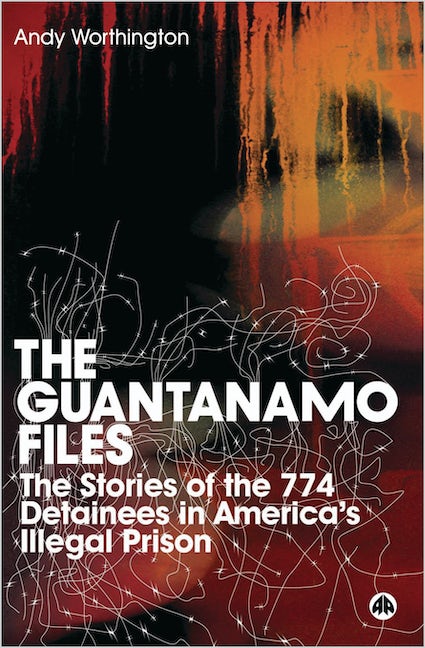 The Stories of the 774 Detainees in America's Illegal Prison

The first book to tell the story of every man trapped in Guantanamo.
In 2006, four years after the illegal prison in Guantánamo Bay opened, the Pentagon finally released the names of the 773 men held there, as well as 7,000 pages of transcripts from tribunals assessing their status as 'enemy combatants'. Andy Worthington is the only person to have analysed every page of these transcripts and this book reveals the stories of all those imprisoned in Guantanamo.

Deprived of the safeguards of the Geneva Conventions, and, for the most part, sold to the Americans by their allies in Afghanistan and Pakistan, the detainees have struggled for five years to have their stories heard. Looking in detail at the circumstances of their capture, and at the coercive interrogations and unsubstantiated allegations that have been used to justify their detention. Stories of torture in Afghanistan and Guantanamo are uncovered, as well as new information about the process of 'extraordinary rendition' that underpins the US administration's 'war on terror'.

Who will speak for the 773 men who have been held in Guantanamo? This passionate and brilliantly detailed book brings their stories to the world for the first time.

Andy Worthington is a freelance investigative journalist. He has been researching and writing about Guantanamo since 2006, and has worked with the United Nations, WikiLeaks, Reprieve and Cageprisoners. He is the author of The Guantanamo Files (Pluto, 2007).

'This is an important book. If you care about our Government's complicity in these illegal and horrific acts then this book provides the evidence. Carefully researched and documented, it reveals a story of appalling brutality. The people are not mere ciphers but, as their stories unfold, their pain becomes our concern' - Ken Loach 'The subject matter of this book is imperative, being the first of its kind to collate and describe accounts from the prisoners themselves and pitting them against the purported reasons for their incarceration - without charge or trial' - Moazzam Begg, former Guantanamo detainee and spokesman for CagePrisoners 'A meticulous piece of documentation about torture. It recalls the age old story of the willingness of both governments and ordinary people to inflict pain upon each other for financial and political gain while exercising a misguided sense of power over those peoples perceived as inferior to themselves. This is an extremely vital and important piece of work' - Marty Fisher, Co-Producer of Alex Gibney’s "Taxi to the Dark Side", a film about the U.S. torture activities in Afghanistan, Guantanamo and Iraq
Introduction
1. 'Operation Enduring Freedom'
2. The Qala-i-Janghi massacre
3. The convoy of death
4. Tora Bora
5. Escape to Pakistan: 'Osama's bodyguards'
6. Escape to Pakistan: Saudis and Yemenis
7. Flight to Pakistan: the diaspora
8. Kandahar
9. From Sheberghan to Kandahar
10. Others captured in Afghanistan
11. Guantanamo opens
12. House raids and other arrests in Pakistan
13. The capture of Abu Zubaydah and its aftermath
14. Bagram
15. Torture, abuse and false confessions in Guantanamo
16. 'Extraordinary rendition,' 'ghost' prisoners and secret prisons
17. Losing the war in Afghanistan
18. Challenging the law
19. Suicides, hunger strikes, medical malpractice and the abuse of the Koran
20. Endgame?
Notes
Index
Published by Pluto Press in Oct 2007
Paperback ISBN: 9780745326641
eBook ISBN: 9781783715534