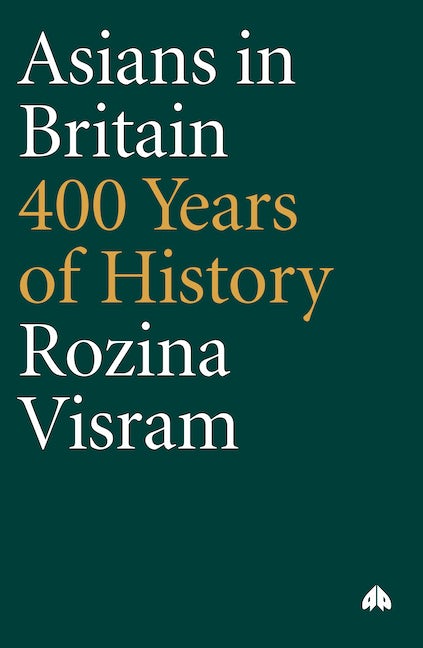 This is a comprehensive history of Asians from the Indian subcontinent in Britain. Spanning four centuries, it tells the history of the Indian community in Britain from the servants, ayahs and sailors of the seventeenth century, to the students, princes, soldiers, professionals and entrepreneurs of the 19th and 20th centuries.

Rozina Visram examines the nature and pattern of Asian migration; official attitudes to Asian settlement; the reactions and perceptions of the British people; the responses of the Asians themselves and their social, cultural and political lives in Britain.

This imaginative and detailed investigation asks what it would have been like for Asians to live in Britain, in the heart of an imperial metropolis, and documents the anti-colonial struggle by Asians and their allies in the UK. It is an invaluable contribution to our understanding of the origins of the many different communities that make up contemporary Britain.

Rozina Visram is an independent scholar working on history and education. She is the author of Asians in Britain: 400 Years of History (Pluto, 2002).

'This excellent book does a great deal to explain how the idea of white supremacy lingers' - Hanif Kureishi, The Observer 'A lively- and timely- survey of British Indian history' - Salman Rushdie 'An invaluable resource for academics and journalists who want to study and understand the thriving Asian community in contemporary Britain' - The Times 'Gripping to read' - Dilip Hiro, TLS 'A compelling book ... essential reading' - Farrukh Dhondy, Guardian 'A work of great scholarship, which amply demonstrates the truth of the author's conclusions' - Wasafiri 'An exceptional introduction to Asian legacy and heritage in Britian' - Muslim News
Preface
Acknowledgements
1. A Long Presence
2. Early Arrivals: 1600-1830s
3. A Community in the Making: 1830s-1914
4. Through Indian Eyes: Travellers' Perceptions of Britain in the 18th and 19th centuries
5. Parliamentarians, Revolutionaries and Suffragettes
6. Indians in the First World War
7. Citizens or Aliens? Racism, Repatriation and Passport Control
8. Lascar Activism in Britain 1920-1945
9. Asians in Britain 1919-1947
10. Radical Voices
11. Contributions in the Second World War
12. Conclusions
Notes
Select Bibliography
Index
Published by Pluto Press in Apr 2002
Paperback ISBN: 9780745313733
eBook ISBN: 9781783715572