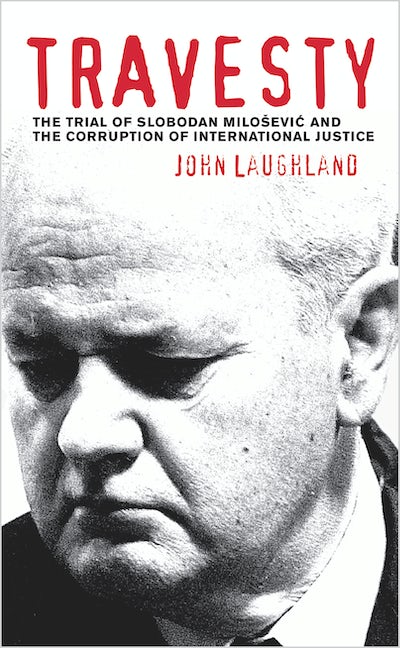 The Trial of Slobodan Milosevic and the Corruption of International Justice

A passionate critique of Milosevic's trial and the PR machine at the heart of international justice
Slobodan Milosevic died in prison in 2006 during a four-year marathon trial at The Hague for war crimes. John Laughland was one of the last Western journalists to meet him. He followed the trial from the beginning and wrote extensively on it, challenging the legitimacy of the Yugoslav Tribunal and the hypocrisy of 'international justice' in the Guardian and the Spectator.

In this book Laughland gives a full account of the trial, which was the longest criminal trial in history. From the moment the indictment was issued at the height of NATO's attack on Yugoslavia to the day of Milosevic's mysterious death in custody. 'International justice' is supposed to hold war criminals to account but, as the trials of both Milosevic and Saddam Hussein show, the indictments are politically motivated and the judicial procedures are irredeemably corrupt.

Laughland argues that international justice is an impossible dream and that such show trials are little more than a propaganda exercise designed to distract attention from the war crimes committed by Western states.

John Laughland is the author of Travesty: The Trial of Slobodan Milosevic and the Corruption of International Justice (Pluto, 2006). He is a regular contributor to the Spectator, the Guardian and the Mail on Sunday.

'Study this story. Our future depends on a vigilant and informed people. The truth is hard to find, but in John Laughland we are fortunate to have a man blessed with the three qualities for which Anatole France wrote, in The Revolt of the Angels, that Lucifer was banished from Heaven: 'liberty, curiosity and doubt'' - Ramsey Clark
Acknowledgements
Introduction
1. ‘A little bombing to see reason.’
2. The New World Order
3. Inverting Nuremberg
4. ‘A false tribunal’
5. Potemkin justice
6. Just Convict Everyone’
7. ‘Greater Serbia’
8. Witnesses for the Prosecution
9. Trial in absentia
Notes
Index
Published by Pluto Press in Dec 2006
Paperback ISBN: 9780745326351
eBook ISBN: 9781783715770