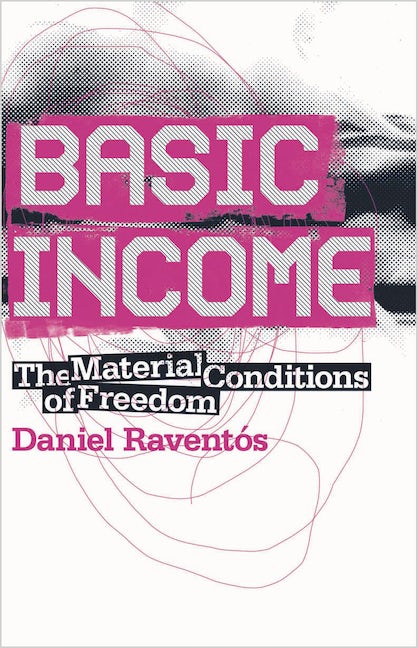 The Material Conditions of Freedom

The first practical guide to how we can implement the revolutionary economic idea of Basic Income.
Basic Income is a policy idea that could help us revolutionise the way we organise society. This book is the first proper guide to basic income -- what it is, how we can organise it, and how it can benefit the majority in different spheres of their lives.

Basic Income is simply the idea that everyone in a given society has a right to a minimal income. This is paid by the state out of taxation. Set at a subsistence level, it would take the place of unemployment and other benefits. This would bring profound social changes. Anyone could opt out of employment at any time. Those with few skills would no longer be forced to take up jobs with poor prospects, and employers offering McJobs would be forced to offer better terms. And money wasted by the state in means testing and tracing benefit fraud is saved

The campaign in favour of basic income is growing and governments are beginning to take notice. This is a clear, concise guide to the principles and practicalities of this revolutionary idea.

Daniel Raventos is Professor at the University of Barcelona and chairman of the Spanish Basic Income Network Red Renta Basica. He is the author of Basic Income (Pluto, 2007).

'Both a thorough summation of the state of basic income research today and an important philosophical discussion of the meaning of freedom. It is a valuable book for students, scholars, and anyone interested in the issues of freedom and poverty' - Karl Widerquist (Chair of the US section of the Basic Income Earth Network) 'Basic income is a simple yet powerful idea that is now playing a central role in the discussion of the future of the welfare state in many countries throughout the world. No one has contributed more to the public emergence of this idea than Daniel Raventós' - Philippe Van Parijs Professor of economic and social ethics at the Université catholique de Louvain and Visiting Professor of Philosophy at Harvard University 'Steeped in historical consciousness and inquiring into the real-world social forces that bring about domination, [the book] shapes a notion of freedom in which the essential issue is the material independence of the individual' - David Casassas, University of Oxford, Secretary of Basic Income Earth Network (BIEN) 'The basic income proposal merits the attention of everyone in political philosophy, policy studies and constitutional theory. And Daniel Raventos's book is the best introduction' - Philip Pettit, L.S.Rockefeller University professor of politics and human values, Princeton university
Introduction and Acknowledgements
1. A Provocative but Possible Proposal
2. Normative Liberal Justifications
3. The Normative Republican Justification
4. Remunerated Work, Domestic Work and Voluntary Work
5. Poverty
6. The Welfare State and Basic Income
7. Basic Income in Comparison with Other Proposals
8. Financing
9. Basic Income and Its Critics
Notes
Bibliography
Index
Published by Pluto Press in Oct 2007
Paperback ISBN: 9780745326290
Hardcover ISBN: 9780745326306
eBook ISBN: 9781783716425