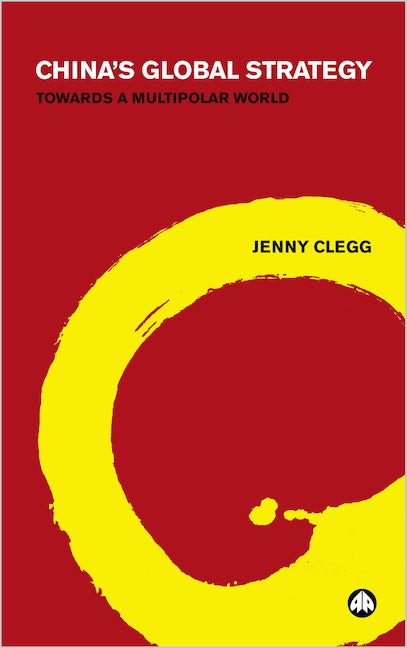 Towards a Multipolar World

Could China emerge as a benign force on the world stage?

This book takes a look at China's position a range of global issues, arguing that its multipolar diplomacy offers a strategy to constrain US hegemony.

Many people assume that China will follow an imperialistic strategy and stand in direct conflict with the American empire. However, China is in fact taking a multilateral approach, offering real assistance to developing countries and helping to build the institutions required to run a multipolar world.

Whist acknowledging China's own internal difficulties, the book argues that its international consensus-building could lead to a more peaceful and equitable world.

Jenny Clegg is a Senior Lecturer in International Studies, and a China specialist, at the University of Central Lancashire. She first visited China in the 1970s and has followed developments closely ever since, she is the author of China's Global Strategy (Pluto, 2009).

'If you buy no other book on China, it has to be this one' - Alan Freeman, principal economist, GLA Economics, the Mayor of London's Economic Analysis Unit, and author of The Benn Heresy, a biography of the politician Tony Benn.

'Provides a context for understanding China's multilateral initiatives, its nuanced approach to the United States and other large powers, and the foreign policy implications of its startling economic growth. Clegg's book is indispensable' - John Feffer, Co-Director of Foreign Policy in Focus at the Institute for Policy Studies and author of Power Trip: Unilateralism and Global Strategy After September 11 (2006) and North Korea, South Korea: U.S. Policy and the Korean Peninsula (2003).