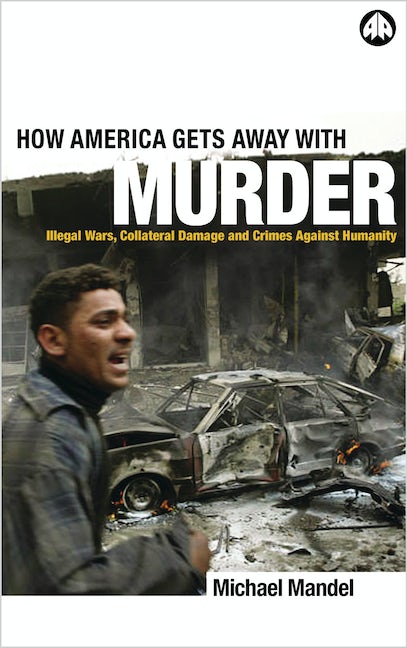 How America Gets Away with Murder

Critical account of the international war crimes movement. 'Exciting, original and completely convincing.' Edward Herman
In Kosovo, America claimed its war was a 'humanitarian intervention,' in Afghanistan, 'self-defense,' and in Iraq, it claimed the authority of the Security Council of the United Nations. Yet each of these wars was illegal according to established rules of international law. According to these rules, illegal wars fall within the category of 'supreme international crimes'. So how come the war crimes tribunals never manage to turn their sights on America and always wind up putting America's enemies - 'the usual suspects' - on trial?

Michael Mandel is Professor of Law at Osgoode Hall Law School, York University, Toronto, Canada. He has also taught law at universities in Italy and in Israel, and frequently appears as a commentator on radio and television both in Canada and abroad. In 1999 he led an international effort to have NATO leaders prosecuted for crimes against humanity committed during the Kosovo war. He is currently co-Chair of Lawyers Against the War, founded in Canada in 2001 with members in thirteen countries. He is a contributor to Beyond September 11: An Anthology of Dissent, edited by Phil Scraton (Pluto Press, 2002).

'Exciting, original, and completely convincing. This book is essential reading for anybody who wants to understand how the law really works in international affairs, and it throws a great deal of light on those international affairs themselves' - Edward S. Herman 'This closely reasoned and carefully documented study is sad and grim, and necessary. Unless its lessons are heeded by citizens of the rich and powerful states, the fate of the world will be left to the whim of those with the guns and the faith to enforce their will. The prospects are not attractive' - Noam Chomsky
PART I: ILLEGAL WARS / COLLATERAL DAMAGE
1. Iraq 2003
2. Afghanistan 2001
3. Kosovo 1999
PART II: CRIMES AGAINST HUMANITY
4. The War Crimes Tribunal
5. The Trial of Milosevic
6. America Gets Away with Murder
7. Rounding up the Usual Suspects while America Gets Away with Murder
Published by Pluto Press in Jul 2004
Paperback ISBN: 9780745321516
eBook ISBN: 9781783719136