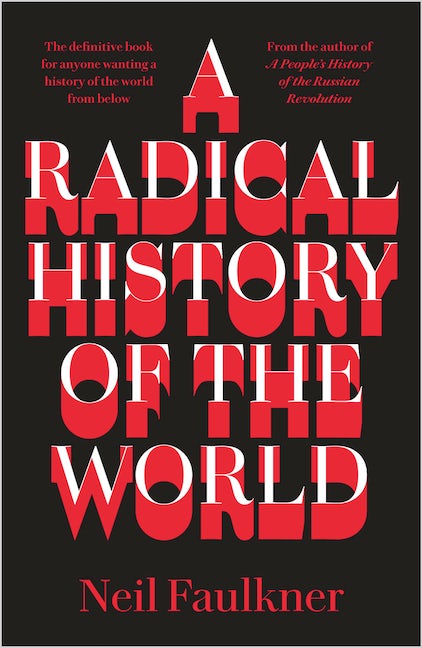 This is a history of struggle, revolution and social change: of hominids, hunters and herders; of emperors and slaves; of patriarchs and women; of rich and poor; of dictators and revolutionaries. From the ancient empires of Persia and Rome to the Russian Revolution, the Vietnam War, and the 2008 Crash, this is a history of greed and violence, but also of solidarity and resistance.

Neil Faulkner is a historian and archaeologist. He is the author of numerous books, including A Radical History of the World (Pluto, 2018), A People's History of the Russian Revolution (Pluto, 2017) and Lawrence of Arabia's War (Yale, 2016).

'In a world of deepening danger where reactionary narratives continue to hijack the mainstream, Neil Faulkner makes a powerful and necessary case reminding us of the truly radical history driving human social and political evolution'

'One of the finest historians on the left'

- John Newsinger, author of The Blood Never Dried: A People's History of the British Empire (Bookmarks, 2006)